The successor to the midrange Lumia 1320 phablet is closely approaching. Apparently Microsoft is preparing its launch in India, as evidenced by dummy import documents. What is likely going to be called Lumia 1330/1335 will hit the market in no less than three color schemes.

Orange will be the lead color, outnumbering the rest 7 to 1. Less striking options are white and cyan, and the latter we've already seen, if only only as a back cover.

Globally speaking, the upcoming midranger will exist in multiple variants, and three are known so far. Intel on two of those comes from FCC database, showing the regulator has green-lighted the RM-1065 and RM-1064 models.

The former is the more exciting one, as it will pack dual SIM capability and support LTE. The RM-1064 will be largely the same device, only ditching the second SIM card. The RM-1062, that will arrive in India, as evidenced by the 8,000 units, will lose the 4G connectivity. 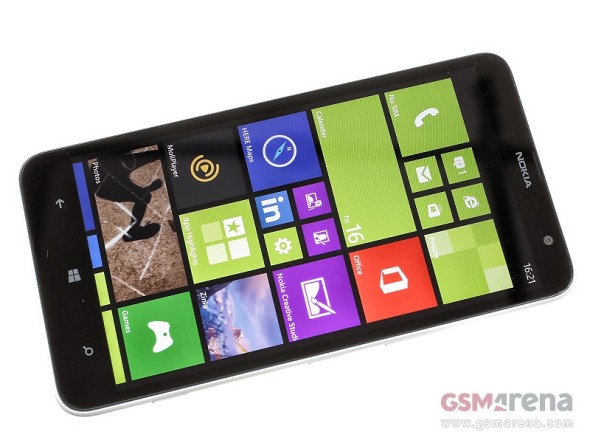 We previously reported on the alleged specs of the Lumia 1330/1335 range. A Snapdragon 400 chipset will be paired with a single gig of RAM, but a generous 32GB of built-in storage will be available.

We are yet to see if that will result in the loss of the microSD slot or there will be some sort of second SIM or microSD dilemma. The screen size will be reduced to 5.7 inches, compared to the predecessor's 6 inches, leaving the inevitable Lumia 1520 heir undisturbed at the top.

The import document naturally reveals no price or availability details.

I want battery power of about 5000 mAh

The navigation keys are physical or inside the screen? If you know what I mean...