HMD Global is planning to launch a new ultra-affordable smartphone, and it looks like a successor of the Nokia 1.3 is on its way. It will be called Nokia 1.4 and will have basic specs and a low-low price of under €100.

The new phone will have a quad-core CPU at 1.3 GHz rates. That looks like the very same Qualcomm QM215 platform for affordable phones, but Nokia might have decided to go with something different. Aside from that, there are updates pretty much everywhere else - the camera on the back is said to be a dual setup, the battery got a massive increase to 4,000 mAh, and the screen grew bigger - the Nokia 1.4 will have a 6.51” LCD. 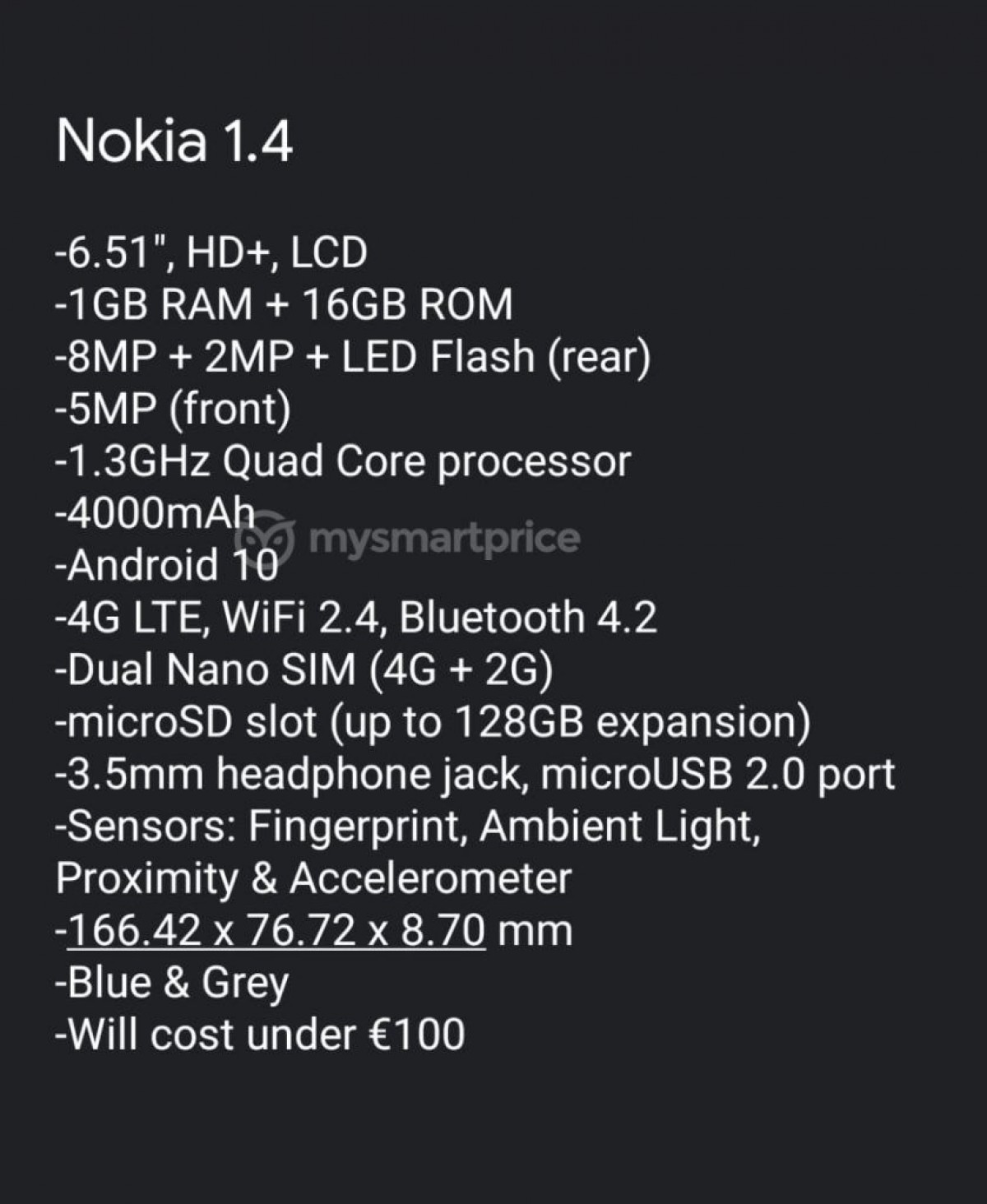 The new phone will support dual SIM variants but only one of the cards will work with 4G networks, the other slot is for 2G - if there are no such networks anymore, users should use the hybrid slot to put a MicroSD card, because the internal memory of 16 GB does not sound enough. Interestingly enough, it will have a fingerprint scanner. The question remains whether it will be on the back or will make its way on the side, doubling as a fingerprint scanner.

The Nokia 1.3 was introduced back in March 2020 so we expect the new Nokia 1.4 to stick to the timeline and arrive in the first quarter of the year.

Nope the new minimum is 1GB, they disabled 512MB of RAM this year.

and 16:9 display! very compact size too!