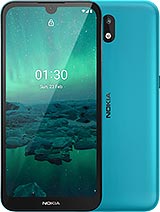 Anonymous, 21 Dec 2020complete heap of junk, takes 10 seconds to think about doing the most basic things, like switc... moreMine cant handle among us... I got it today

nokia 1.3 dont even think about buying this phone , way too slow , photos dissappear after a short period ,too hard trying to answer a call have to swipe too many times or even pushing button to turn on stays blank for too long so have to push button again and again . NOT WORTH ANY MONEY nokia should be ashamed putting a phone in the market with so many faults

Better to buy a Nokia 2.2 and install this phone's ROM on it ;-p

complete heap of junk, takes 10 seconds to think about doing the most basic things, like switching on the speaker phone after someone has rang, and now it has deleted all but the last few photos ive taken, all by itself.

DivB, 10 Dec 2020Piece of trash keeps asking me to load original page even after I turn lite mode off the lag o... moreFor the chipset...A galaxy s III I9300 will be better...

Simona, 16 Dec 2020Worst phone ever. Lags. Turns itself off after any call I received. Apps are slow and forever ... moreWhat!? A galaxy S II dual core antique phone with custom rom will be much fluent than this, unbelievable...

Worst phone ever. Lags. Turns itself off after any call I received. Apps are slow and forever crashing, meaning I have to turn it off and back on again. I spend far too long wanting to launch this phone through a window. Sadly I'll have to keep it til I can afford something better. Not another Nokia though. Do not buy.no matter how cheap.

Piece of trash keeps asking me to load original page even after I turn lite mode off the lag on this phone is brutal dial up internet was faster feels like 15 year old software dumped into a new case total waste of money Nokia should be ashamed of themselves for this junk.

Worst phone I ever had in my life... Full of lags ( Good luck trying to do something as simple as unlocking this phone with the key pad ), slow as hell, and recently started rebooting itself consistently before or after making a phone call. Don’t even think about getting this piece of “technology” for anybody as an entry level device, because it DEFINITELY WILL let them down. Unacceptable quality, stay away from Nokia...

This is a travesty. Worst single piece of new technology I've ever owned and amongst the worst user experiences of any phone. Lags everywhere, usually reboots when I load an app,takes two or three goes - all apps will install but most don't run. You have to open Google and wait for that to load and THEN open you tube and wait for that to load. You can't have two apps open as it shutsoneapp to access the other,making copying and pasting anything awful. It takes ten seconds to take a photo, while your subject matter changes or disappears. So the camera is useless unless your taking still life. Honestly I'd rather have no phone than this horrible badly designed piece of rubbish, and literally every operation or attempt to use it makes mehowl with frustration. You go into settings to change or disable a feature and you cant accessmostof what you probably want to chamge, it's stuffed full of bloat ware based around what google wants you to do. I've had the phone a while now, several months. At no point have I found it Pleasanton easy to use, or useful. Battery averages about five hours from 100% to zero with it usually turning off hours before I get home, like it can't even go a day on its battery saver mode. This is shocking for a product i bought new in 2020 winter. Absolutely never paying Nokia for anything ever again. There is no market for this product,it's like a chocolate tea pot or a solar powered torch. Just run away and don't even consider this phone.

This week I purchased a Nokia 1.3 because it seemed like a no-nonsense Android phone. The version of Android seems intrinsically linked to Google and every day I received prompts and error messages (including audible prompts overnight) about the set-up process. I estimate I spent an hour a day over the week trying to get the set-up working and to override the excessive automation. After a week of trying, I still cannot get simple things to work like downloading photos to my laptop. I'm bitterly disappointed with Nokia.

Love my Nokia 1.3 does everything no lags or anything

Had this phone a few weeks now works fine good phone for the price.

Graham, 28 Aug 2020I bought a Nokia 1.3 phone believing that Nokia had a good name in mobile phones. Well they mi... moreYou can download a third party launcher like Microsoft Launcher. I have a Nokia 1.3 with the Microsoft Launcher. I think downloading too many apps or letting too many apps run in the background will cause the phone to slow down.

It's rubbish. It's slow. Hard to answer. Back is almost impossible to get off. None of the photos I take with the phone appear in the gallery for more than a brief period and there's no indication of where or even if they still exist, although all the whatsapp stuff downloads and is taking up space there in all its glory.

To whom ever wants to purchase a nokia 1.3, take my advice and RUN!!!! This phone is junk, and I am taking a hammer to it as soon as I can purchase another. I hate this phone, it keeps locking up and it is SLOW!!! Going back to my samsung, at least it works!!!!!!!!

SpecialK, 08 Oct 2020Worst phone I ever had since I started comparisons. Slow, lagging uuuuh. Worst of all was usin... moreWorse phone I've ever owned! Been searching Web for instructions as none supplied with it and thought it was faulty due to how slow it is. Had same issues with incoming calls and freezing as other reviews so will be asking for a refund . Thanks to your reviews I know it's the phone and not me!!

Total of 199 user reviews and opinions for Nokia 1.3.
ADVERTISEMENTS

Related devices
The devices our readers are most likely to research together with Nokia 1.3