HMD Global is holding an event on March 19 in London where it will unveil Nokia's first 5G smartphone, but alongside that, we might also see the company announce the Nokia 1.3 that has surfaced online.

A press render of the Nokia 1.3, having model code TA-1207, has been leaked by reliable leakster Evan Blass. It shows off the smartphone in Charcoal color and reveals its design.

The Nokia 1.3 sports a waterdrop notch display surrounded by thick bezels on three sides and a huge chin housing the Nokia moniker.

The back of the smartphone has a textured finish, and it's home to a single camera that's joined by an LED flash. There's also a Nokia logo and further below is what's likely a speaker. 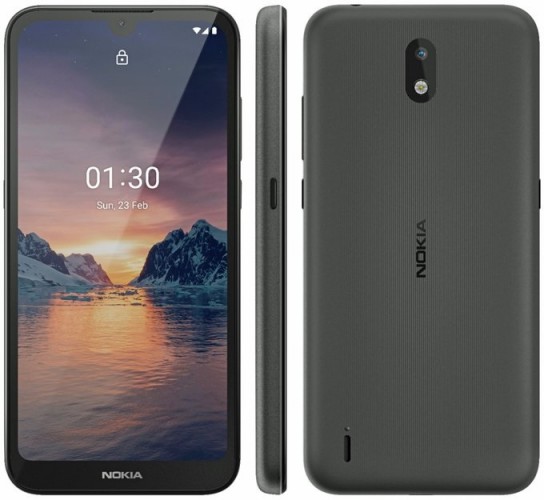 The Nokia 1.3 has the power button and volume rocker on the right side, and on the left is what could be a dedicated Google Assistant button. Upon closer inspection, you can also notice the 3.5mm headphone jack located at the top.

Back in January the Nokia 1.3 passed through FCC, revealing a 2,920 mAh battery and a screen measuring around 5.8" diagonally.

if its cheaper than galaxy A10, then maybe its a good choice

They do it online. Same as Apple's WWDC. Same place but no one will be there lol

London is a hotspot for covid-19 now, Do they want to have an event there?