With MWC right around the corner and Nokia's presence at the event already confirmed everybody is understandably looking at HMD Global with high expectations regarding the long-elusive and eagerly-anticipated Nokia 9. However, that might not be the only new phone the Nokia teams brings to the convention floor. 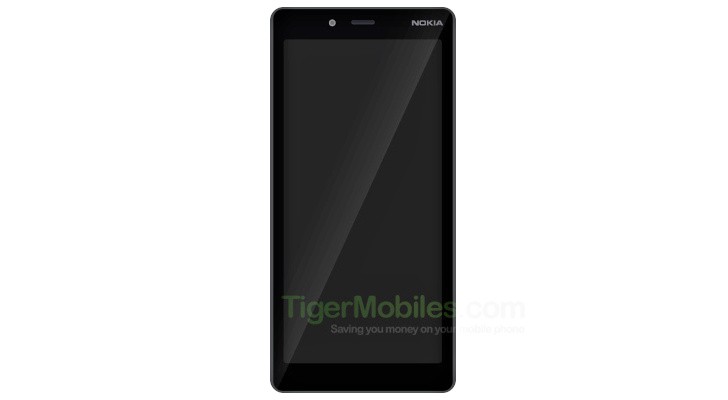 Industry insider sources have dug-up some interesting info on an upcoming entry-level device. It's a successor to the 2018 Nokia 1, which will likely be called the Nokia 1 Plus. In keeping with its mostly neat numbering scheme, it is clear that the Nokia 1 Plus will be the "runt of the litter", just like its predecessor. At least as far as the company's smartphone lineup is concerned.

The leak consists of a rather plain render of the front panel of the upcoming phone, along with some key specs. As you can probably imagine, hardware is on the modest side of things. That being said, however, one notable upgrade over the original that instantly sticks out is the 480x960 pixel resolution. While it is clearly not drastically different than the one on the original Nokia 1 panel, it is sporting a trendy 18:9 aspect ratio. Unfortunately, the leaked specs sheet offers no mention of display size, but it does quote a pixel density of 213 DPI. Combined with the taller aspect, this likely means the Nokia 1 Plus will be marketed as a 5-inch device. 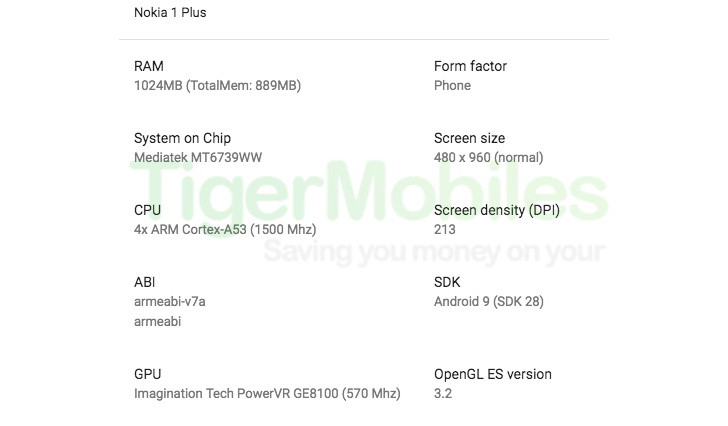 In terms of internals, the Nokia 1 Plus is based around a Mediatek MT6739WW chipset. It has a total of four Cortex-A53 cores, clocked at 1.5 GHz, along with a PowerVR GE8100 GPU, running at 570 MHz. These are backed up by 1GB of RAM, out of which 889 MB are advertised as actually usable. We clearly can't expect any chart-topping performance here, but that's still enough horse power to run under Google's Android Go ecosystem. In fact, the Nokia 1 Plus will likely boot the current Android 9 Pie Go edition out of the box.

Unfortunately, there is no word on battery capacity or camera specs. The same goes for pricing and availability. Going be experience, we expect something in the neighbourhood of $100 or EUR 100 for the modest handset. We'll be sure to keep you in the loop as more information becomes available.

If only it was cheaper(about 60-80 euros, I have seen low end phones at these prices), like I said I can get the Nokia 2.1 for 100 euros. I personally want a dirt cheap spare phone with Nokia 2.1 specs but a little bit better!

Perhaps one that works fluid without occasional lags when few process are running at background. I can feel it clearly in a phone with MT6589T and 2Gb of RAM. Even if only two apps are running and the phone is doing something in the background like u...