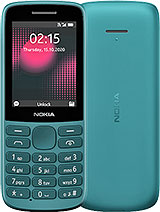 jay-jay, 19 Mar 2022As a Nokia freak, this one just can't replace any previous Nokia phone I've used (in... moreTrue, all true

got the phone last year and I can't say I'm disappointed really. my smartphone already has a decent camera so this phone was perfect. I ride my bicycle to work every day and the size of this phone really comes in handy when I get a text message, I could pull it out with one hand and keep on pedaling...can't do that with a smartphone but what's really mindblowing with this phone is its music features!it has a PLAYLIST...something that I've been looking for since nokia 5310...another feature that greatly compliments the phone is its battery, one time it lasted me seven days with just an hour's use of music daily mostly 80s new wave songs and occasional text messages...so, thank you NOKIA...for the playlist ang giving it the option to MOVE and arrange songs from each playlist...previous models didn't have those options(150 and 215)which i bought years earlier till this model came along...

jay-jay, 19 Mar 2022As a Nokia freak, this one just can't replace any previous Nokia phone I've used (in... moreJay jay not being funny but it would be a bit difficult to turn the camera sound off this phone lol considering it doesn’t even have a camera on this model of phone

My issue with nokia 215 4g phone is regarding fast draining of battery, even the battery dosn't lasts for 1 day even if there is no much usage

As a Nokia freak, this one just can't replace any previous Nokia phone I've used (including the Nokia 208). It IS lag-free, has blacklisting for SMS and calls (independent lists - not related to each other), it can record calls, you can turn off the camera sound, and the contact search is regex based (ie, searching for 'bc' will yield Abc as well, and not only bc*). But it's not intuitive at all as far as UI is concerned:
* the hang off button locks the screen (wth ?!).
* unlocking the screen requires 3 keys: first one to turn the screen back on, second is the Menu btn, 3rd is the '*' btn. In previous Nokia phones you just had to press 2 keys (this DOES matter when done 40 times a day).
* once unlocked, instead of having the main screen ('lock-screen') displayed for you, letting you see unanswered calls or texts, instead, the phone automatically goes to the Menu. Wth is that ?
* the beeping 'mode' or 'profile' (profiles are gone) doesn't work - it doesn't beep, but instead forces the activation of the vibrate option (which is cerainly not related to beeping mode).
* turning the 'predictive text' option is done via the extended settings menu (available to you from the settings menu or by clicking on '#' for 3 seconds). Why can't I find it on text message options instead ? What does it have to do with the settings found in that extended menu ?
* once sending a text msg, you don't have the option to cancel it - at least in my experience with this phone.
* things like variable rigidness of the buttons isn't something I'd expect for this phone.
* you can't export your contacts, or use some tool to import them from another phone.
* you can't set shortcuts for the arrow keys, but only for the 'lock screen' left and right buttons.
* you can't record calls using the voice recorder, but only via the special feature you have during calls - WHEN PERMITTED (otherwise trying to record would just end up telling you the recording has been saved - although it hasn't even started, which is another bug).
* setting a plain background color is impossible - but only a picture.

All in all, for what I've paid for it, it is a nice phone, but not something you can rely on, handling your daily life - at least in my humble opinion. I wouldn't call it a Nokia anyway, as it is nowhere near any Nokia (of this form factor and type in general) that I've used in my life.

Anonymous, 27 Nov 2021I have the same setup, two 4G SIMs, mobile data off. My two networks are quite good, but they ... moreJust got refunded on mine. Tried everything that I could recall about, factory reset after updating the os, data off on both Sims, tried charging with handset powered down, etc. As much as I like Nokia since day one and after reading a bit about this handset model I can't just tell people to buy one. It's only my two cents.

Please back the java capabilities of the basic phone

c1tizen-4, 06 Nov 2021I have been using the handset for the past week and for now the only major flaw that I can poi... moreI have the same setup, two 4G SIMs, mobile data off. My two networks are quite good, but they go down sometimes. Standby time I reckon 2-3 days. This is much better than a smartphone on one network! Try removing a SIM to improve standby time.

I have been using the handset for the past week and for now the only major flaw that I can point out is the battery short-life. Might be due to the fact of having two 4G sim cards draining the battery quite often once the service provider reception is sort of patchy where I live but still the charge goes down quite fast indeed. I'm having the data off to get to know if that's one of the reasons why the battery life goes down that fast but to be honest it doesn't seem so.

The mobile is perfect, excellent display no needed camera, very good radio sound with out headset with excellent radio sound with headset but 2 bad things not load speaker without handset and battery last 24 hour only with 3 hours radio and 6calls with 2mints calls
You should use headset to load and quality call sounds
Goodbye

Tankeu, 01 Nov 2021I ordered one online it will arrive tomorrow, i will share my opinion with you afew days later.Hi. How's your phone? I hope you can share your experience here

Does this have notification reminder? Like in Samsung, it will notify if you have unread message or missed calls.

I ordered one online it will arrive tomorrow, i will share my opinion with you afew days later.

Anyone got feedback for stand by time

any way to turn off keypad backlight in this phone?

This phone is perfect for my mother. The only downside is that the letters are a bit small and there isn't any option to make them bigger.

Total of 92 user reviews and opinions for Nokia 215 4G.
ADVERTISEMENTS