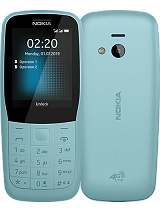 Actually I want it all screen above the keypad

Will this phone work in the US?

generally i'm intrigued..
it's tiny, it has a headphone jack, it probably has a ridiculous standby time..
but sometimes you simply need to look something up on the go, use a fastfood app or google maps for navigation...
and the camera is sh*t...

Who is the working mind behind Nokia's so called success and development ? Fire him / Fire the whole Crew or Hierarchy. Dont you get it even beggars have Chinese smartphones.

Homer-Simpson, 27 Jul 2019This is a begining phone for dogs, monkeys ... !!! Nokia, we are in 2019 !!!! When you rel... moreUnlike your Chinese phone, this phone is meant for older generation or the employees of a medium sized business.

When you release a nice phone like the old N8, 1020 Lumia, etc. ???
Stop release cr@ppy phones.
You have to do a very hard work to improve N9 Pureview ... and you are wasting time releasing this .... buffffff

Drug dealers phone of the choice

Rama, 26 Jul 20194G without powerful browser and messenger apps suppprt (whatsapp for example) is useless... I ... moreyou buddy, look for nokia 220 4g user manual in pdf, then you will ensure that it has a dedicated microsd card slot and also has web browser.
And for android feature phone, many rumours has came with nokia 220 like prototype running android go os with 4g and is being testing.

To Nokia, I am your father, so listen to me. In the past there were many parents who had never been able to go to school. But they try their best so that their children can go to school not like them. And now there are many people who have gone to school but are still stupid, and these people are trying their best to make their cellphones smart. So, we need a smartphone, there is no compromise on this. Whatever the shape of the cellphone.
I think the design of Nokia 222 is very good, the prominent buttons that is soft when pressed. Nokia should release a middle-class mobile phone but with the design of Nokia 222. At the front is full glass hollowed out for the buttons. A good camera, loud stereo speakers, an oled touch screen that can be activated by touch with special tricks, trackpad buttons like on Blackberry. And released at a price like Nokia 5.1 Plus. There are many people who miss smartphones with alphanumeric buttons. Actually I miss Symbian S60V5, Nokia C5-00.

The phone definitely has a micro SD card slot. The trouble with GSMArena is if they get facts wrong they don't correct them. They still state the Nokia 210 doesn't have a card slot and it does. Would be better if they stated unknown on a fact rather than guess if they don't know.

Total of 194 user reviews and opinions for Nokia 220 4G.
ADVERTISEMENTS