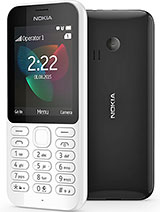 Anonymous, 30 Aug 2015why not possible. some manufacturers manufacturing 3g android phones under 3500. onemore thing... moreYep they say $35 when hits online $70

Ugh,this is crap.The only thing I need is something like 2.4/2.6 inch screen with 240x320 resolution.It must be just with buttons.It MUST have wifi,I mean its 2015,all phones must have it.And the most important,symbian s60v3(9.3).Also 600mhz arm 11 with 3D acceleration powervr mbx or something with similar performance and 128mb ram.5MP camera with autofocus and flashlight.4/8gb integrated storage,with microsd up to 32gb.That would be a beast phone(like n95 8gb).

Do you know how many notes can be written into the organizer?

hill, 27 Aug 2015will it support unlimited sms storage ?It is s30 phone, so it will probably have maximum capacity of 200 sms or so. Enough for approximately one hour of texting. MMS-es are stored separately.
Easiest way to make space for newly received messages is to delete whole conversation and start again.

Anonymous, 26 Aug 2015U want 3g in a $34 phone!!!!!! Keep dreaming babywhy not possible. some manufacturers manufacturing 3g android phones under 3500. onemore thing this phone is not just 34 dollars. This price is without local tax.

I wish they put 4g/3g and a router option... Would be great combo with an ipad mini

AnonD-431738, 27 Aug 2015People this phone is good for people who need a basic phone just for making calls and for peop... moreTrue. It's very common that people keep 2phones these days. I keep Nokia 1100 with Note 4. People stare at me.

Looks good. Reminds me of the good old days.

Anonymous, 25 Aug 2015But at least its got a microSD storage expansion slot by 32gb. What would you store on it t... moremusic

Anonymous, 26 Aug 2015Its another crap from Nokia. No java. Only for callingThats the point....

AnonD-434285, 27 Aug 2015This is not nokia it is microsoftActually, it's still Nokia. Just like Microsoft owns mojang, doesn't make mine craft not moojang said anymore

will it support unlimited sms storage ?

This is not nokia it is microsoft

How is possible to say it has no java in the specs if in Microsoft website they say it comes with the possibility to download 1 free Gameloft game per month?

Great! Battery life is my main concern so will definitely buy this one! I need a phone to call not for entertainment.

People in Africa have 2 phones. 1 is a smart phone and another is a basic phone like this.

Sometimes they even have 2 smartphones and 1 basic phone.

It's a good idea coz this phones helps just when your smartphone's battery is dead.

The phone does the job and is good for basic use.

Please dont complain saying that the phone does not have Whatsapp or Viber or Line. Get a Samsung or Apple if you want that.

who is gonna buy this...in this smartphone era..an era where now we can a buy smartphone with just 70$.