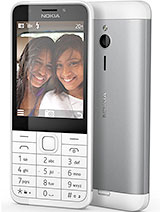 Is the phone dual stand by? I.e. if 1st sim is on call and other sim receives call will it be call waiting?

does this phone have speaking alarm? find it very useful.

I hope it has whatsaap, and line or skype,, s30 os is just to poor. I dont understand why they use such a poor os. Nokia used to have s60 os, and i think it is the best os for feature phone.

Anonymous, 09 Mar 2016Form factor, only Nokia is screwing n price. But give us better poo camera selfie and sms stor... moreAssure you are the biggest fan of Nokia 230...

Form factor, only Nokia is screwing n price. But give us better poo camera selfie and sms storage, WhatsApp all social media apps. Price within 50$. I observed w he's in biggest retailer shop, almost all customers are buying Chinese 30$+ very much better specs than 230, only one asked for dad, as Philips The Radio are not available but customer demands. So many better advanced displayed but name sells. Nokia be aware this time you have doubled Price from 215.

USB has PC connectivity or just for charging?

cctv, 05 Mar 2016Can I use its front flash as a notification light like blackberry? Please answer this.No front light cannot be used as notification, becuz it only starts when trigger pushed, 2-3sec. Worst results, iPhone better screen brightness gives better results. It's not a twister anymore. 62 $ very steep, nothing to pay for extra, or quality.

Can I use its front flash as a notification light like blackberry? Please answer this.

Most of Nokia users have notnot got sense of major flaw, but still keep on buying anything available, be it new! Inflation from 10 years back has increased numerical value, if it was 30 $then, now shu'd be 60$

Basic Chinese equivalent bigger screen is half price. Then Nokia name is being encased. 62$ only white ad black stocks. It's a fiasco, Chinese Nokia has made blunder. Everybody know flaws, sms storage, second no of client not added, camera Internet 2G is obsolete.

these Nokia Features Phones just has the Nokia's brand name.
recently , i believe Samsung's Feature phone are much better for Call & sms.
i hope ... that REAL NOKIA except making (probably Android) Smartphones ...
will make good/improved feature phone at least with S40, and S30 series.
s40 it's much better than Mediatek's s30+ for Microsoft.
s40 and s30 just need a modern UI and Design (UX) with just a little more better facilities just multiple Alarms (currently it's possible in s40 and older nokia os , but not easy)

feature phones are always good for Elders , Dads and workers who just want to call , and having theme is good idea for call , because of their battery

Nokia has made name, so it's worst phone sell, on premium. Nothing to talk except handy expensive cell under pared, S30 never heard off, lowest was S40 still why they risk, now after failure of 215 222 230 it is evident. Price wise 62$ is not worth than Android 5" WiFi management failure.