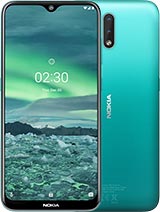 Up is writting 3gb of internal memory, then in memory details down is 2gb.which is which please

Adul Al Salami Kebab, 08 Dec 2019I dunno even a 5w 1a charger is good enough when I am home with my Realme 3 Pro(4000mAh batter... moreRealme 3 supports more than 5w charging for sure... I m not saying that give up fast charging with the device inside the box but atleast give support for atleast 10W charging.. most of people don't even buy extra charger.. most of people use the charger bundled with the box.. but it would've been much convenient if they had just added support for atleast 10w charging.. could've save some time for charging... And it is priced at $125.. other device at this price or cheaper will support 10w charging atleast.. HMD will never learn.

Z, 08 Dec 2019In which comment for the sake of Nokia I called this phone dumb? i haven't reviewed it as I ha... moreI dunno even a 5w 1a charger is good enough when I am home with my Realme 3 Pro(4000mAh battery) I only use the fast charger when traveling... Also a 1.2a charger would be fine, no point going to a 2a charger! X-X

Wonderful so d phone yet to be release is already sold in Nigeria. Are u sure u got d nokia2.3 or nokia2.2?

Anonymous, 08 Dec 2019different companies have different financial plans and guidelines asian phone makers have a v... moreIn which comment for the sake of Nokia I called this phone dumb? i haven't reviewed it as I haven't even used this device.. All I mentioned was the key point of this device which definately is Design and Battery.. And letme tell you this device is arround $125 which obviously means not less than $100 and secound, I don't expect a lower end phone to come with SD 855 or above.. All I dod was replied to a dumb comment which is trying challenge the intelligence of people like me.. Obviously 2.3 is a entry level phone from HMD.. I understand.. But really a 4000 MaH battery combination with 5W charging support? Do you have any idea how much time will it take to charge fully,? I'm not telling that we deserve a 50w charging like realme x2 pro but atleast Support 10W charging which is basic for any entry level phones nowdays.. Don't give 10W charger in box but atleast give support for 10W charging.. which will just half the time of charging..is it too much to ask?.. its common sense.. you don't need to own the device to point this con of the device..

I got the phone for 89.8 EUR in Nigeria on December 7. However it was a 2GB ram and all other specs as above. I was using Samsung A5 2016. The camera is very clean and doesn't lag.

Jade, 08 Dec 2019The Nokia 3.2 released earlier this year, same price, and actually comes with a fingerprint se... moreI would go for the 3.2 nevertheless, but even better is the 5.1 Plus. It can be purchased new for around 150 euro and the quality is superb. I got mine a year ago December 2018.

Even Samsung offers more powerful device in this price segment

Z, 07 Dec 2019We're living in 2019.. and letme tell you I've been using smartphones since nokia Launched 660... moredifferent companies have different financial plans and guidelines
asian phone makers have a very narrow profit margin and sell high(er) spec phones with very low prices
either you know this, then why do you call a low spec, high price phone from europe "dumb"? you know a brand has its lineup, right? they can't just dump the market with 8k SD855+ 8gb ram 108mpx phones costing less than 100$.
or maybe you don't know about it, then go read about marketing.
reviewing a product is helpful, yes. we may share a common problem that might help someone else choose better. but short comments about how idiotic or dumb this or that phone is, its not helpful at all.

Aadrian, 07 Dec 2019In this price range there is only 1 phone globally available that had been launched in 2019 wi... moreThe Nokia 3.2 released earlier this year, same price, and actually comes with a fingerprint sensor and almost the same specs otherwise.

Anonymous, 07 Dec 2019The ZTE Blade A7 Prime for Visible Wireless does...for $99 bucks or free with a swap, using now!It's not globally available...

Hopefully there will be 3 GB RAM variant soon. Overall is good just disappointed with the 5W charging

Aadrian, 07 Dec 2019In this price range there is only 1 phone globally available that had been launched in 2019 wi... moreThe ZTE Blade A7 Prime for Visible Wireless does...for $99 bucks or free with a swap, using now!

Total of 313 user reviews and opinions for Nokia 2.3.
ADVERTISEMENTS