HMD has started pushing out a new update to its Nokia 2 smartphone. Weighing in at around 90MB, it's basically a security update that brings along Android fixes for the month of February. 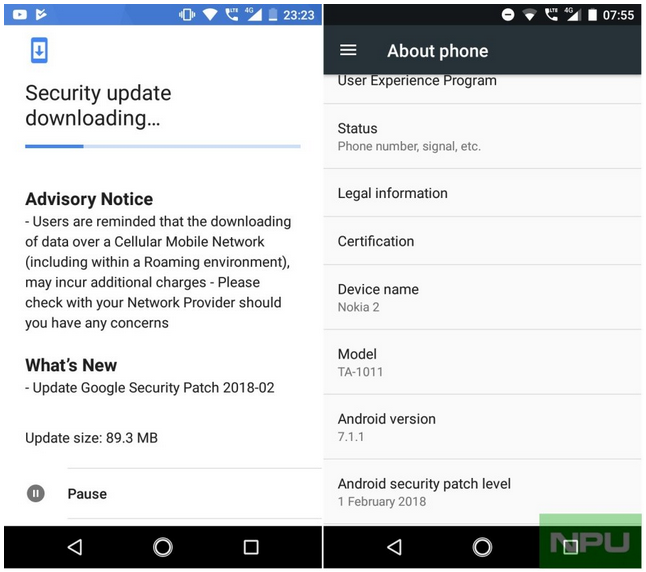 The February patch, as you might already know, has already hit the Nokia 8 and Nokia 3 smartphones. As with those updates, the Nokia 2 update also includes fix for a critical security vulnerability present in Media framework.

Currently only Indian Nokia 2 units (TA-1011) are getting the update, although we expect that to change in near future.

Got the same security update in South Africa while my Nokia 5 got Oreo.

Insert a 64GB microSD, go to settings>use microSD as internal storage and walla you've got yourself 64GB of internal storage.. That is why you should get the latest android so that you could use the latest feature which is the ability to use micro...

Still faster than most other OEMs bar Google. Oreo aside, they have fulfilled their fast update promise through security fixes.