The Nokia 3.1 Plus was released back in October with Android 8.1 pre-loaded. Many are perhaps wondering when the Android Pie update will arrive for the Android One smartphone.

Well, thanks to a new benchmark spotted on GeekBench by Nashville Chatter, the update could come fairly soon. The benchmark result shows that the “HMD Global Nokia 3.1 Plus” was tested running “Android 9” in the test result. 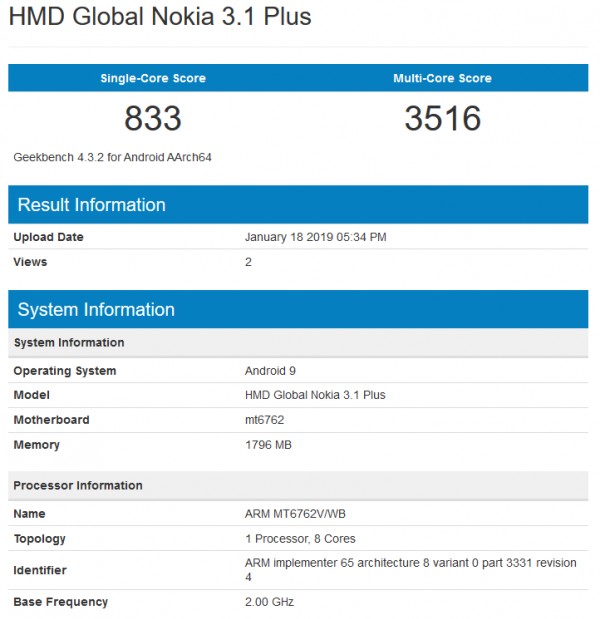 It was actually run a total of three times (1,2,3) within two hours or so and each run has comparable scores to the last.

The Nokia 3.1 Plus is powered by a MediaTek Helio P22 with either 2GB or 3GB of RAM. It has a 6-inch display with HD+ resolution. Powering the phone is a 3,500 mAh battery and the phone comes in either 16GB or 32GB storage options. There’s a 13MP + 5MP dual camera on the back and an 8MP selfie camera.

I'm just updating to it at this very moment, in Budapest. I was just about to say I haven't reveived either and then checked for updates. :D I guess it's about to roll out everywhere finally.

This not bad my Boy NOKIA !

My Nokia 3 still has not been seeded the latest update