The Nokia 3310 (2017) was, in fact, the cheapest phone to steal the spotlight at this year's MWC. Even here, on our own website, 'Nokia 3310' has lately been the most popular search term there is.

Bear with me as I do my best to speculate why that may be.

With a penetration of about a third of the world population, the smartphone is hardly a novelty. Chances are, everyone you know has one, and probably a lot of their grandmothers too. The exponential proliferation of a product that is only about a decade old has also spawned countless companies trying to snatch a piece of this monumental pie. It's still the big and familiar names that are fighting on a global scale, but startups in the Far East are fiercely competing locally, and the luckier (and more successful ones) have also ventured westward.

A little known up-and-coming manufacturer's best shot at pushing any units at all is to beat the competition's price and that typically means cutting costs where it matters least, which gets us a lot of similar-looking devices. It's sound market reasoning - why waste resources on design, when someone's already come up with one that works.

On the other hand, it's not like there's all that much you can innovate on a smartphone, speaking in broad terms, of course - it's sort of by definition a slab with a display taking up most of its front. 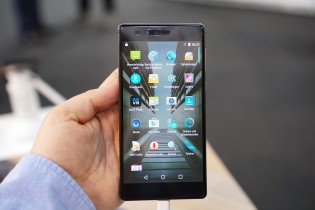 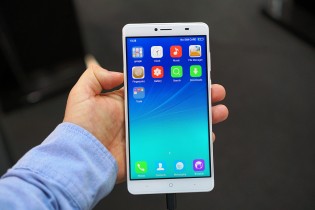 So, fed up as we - the customers - are with the plateauing smartphone, we'd gladly take any vague promise of a nostalgia trip to simpler times - especially so if that promise comes from a brand we've known for years - Nokia.

And what better model to pick to exploit the pressing sensation of our fleeting youth than the truly iconic 3310 - a phone that even present-day teens, younger than the device itself, are familiar with through the magic of internet memes.

It's an excellent marketing move that delivers two blows in one fell swoop. Firstly, it reinforces the connection between the present day Nokia products and the iconic Finnish phone brand we know from the past. And secondly, it takes the conversation topic away from the fact that a Chinese company now owns the most recognizable phone brand in the western world.

As my colleagues wrote, with headquarters in Finland and with former senior Nokia exec, the company behind the new Nokia phones - HMD - may be as good as Finnish to us. Even though that arrangement might be yet another move to fortify the brand's position, that doesn't really matter as long as they deliver on what counts - providing us with phones we can long for, with phones we can dream of having.

The new Nokia 3310 may have a face only a mother could love. But I can't stop looking at it. It's the next best thing to traveling back to a time where phones had faces we could remember. Now if only it had 3G.

P.S. In case you are wondering, that rugged phone from the header image is the E&L S50 - another phone no one will remember after reading this piece. Just like the rest of these other faceless devices featured here, they've served their purpose of supporting my point and they also give you a look at the MWC 2017 devices that didn't make any headlines (for good reason, I should add).

Imagine if they had released 3310 in the same color .body firm. . Exactly the same as old one!! Just colored screen and 3g at least .. that blue color wow! ! And may b the camera also .. but same body.. I would b the first buyer

Ok. You ask when and who the chinese company own Nokia. But you already know its Foxconn. FIH Mobile manufactured but Nokia itself is partly owned by Foxconn. Foxconn owned the rights to sell Nokia feature phone and also gain ownership of Nokia manuf...

That's my point, the only Chinese here is manufacturing THAT others also do, i don't know why so much hate about Nokia manufactured by Foxconn now, because even before Nokia sold it's mobile division, they already manufacturing on their facility in C...