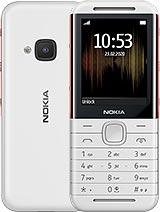 wish this was with symbian and not Kai OS and with 3g and like 5- 8 megapixel Camera then i would buy it.

Symboy, 30 Mar 2020This phone looks stupid compared to the original Xpress Music!!! The camera atleast should b... moreI agree, you are 100% right. I want 4g, hotspot, maybe even a 5 or 8mp camera, and NOT KaiOS. I don't like KaiOS I want a Series 30+ or better Nokia OS with proper messenger apps because no one texts anymore. If they had that, it would be a super winner. I want all the basic features of an Android phone packed into this thing.

Also, KaiOS bothered me because the Google Maps doesn't update as you move, you have to follow step-by-step directions which is ridiculous when it has 512mb ram (plenty to handle that).

This phone looks stupid compared to the original Xpress Music!!!
The camera atleast should be 3.2mp with led flash and auto focus to created a decent printable 4R photo!!
Network is 4G not 2G please...
Must: map with compass for emergency used, good sound quality with dolby atmos(coz it xpress music), 2500mAh rmvble btry to played 24hrs music..
Sd slot up to 64gb, so we can put tons of songs there...
And the last but not atleast bring together the identical xpress music earphone! :)

Does this phone have a dedicated card slot ?

Not sure if there are any license issue or what but can't they just use the old thin design to create the nostalgia, i mean world i going for 5G & they are still building 2G phones, seriously guys. If your designer can't think than create a crowd sourcing platform to ask people which phone they would like to be recreated, how should be the looks, what connectivity, etc. etc... trust me it won't be that difficult and would save a lot of money which you guys are wasting in attempt to recreating the legendary phones and breaking our hearts by creating disasters.

Would like to buy a feature phone without apps such as Facebook. And this gsm isn`t very pretty. Hope that other phonemakers will provide simple phones with good sound quality.

Justice808, 28 Mar 2020Since when did an old school feature phone come with an 8mp camera?! These new feature phone r... moreI totally agree with you.
I think it would be realistic to expect features as seen on Nokia 2720 Flip and 8110 4G. For example KaiOS, whatsapp supportz 2MP camera, 4G, low-end snapdragon chipset and wifi.

Now people are expecting way too much.
2/16GB memory configurations, 8MP cameras, selfie cameras, android and god knows what else.

In my opinion HMD Global relaunches these phones purely as a marketing startegy. (Relaunches of old models get a lot publicity and brings back memories on people so they start looking new Nokia-branded smartphones.) If they would create featurephone with all those better specs people are demanding, price would climb up quite a bit. And let's face it, there would be only bunch of people who are willing to pay +150€/$ from a featurephone. So it wouldn't make sense financially for HMD Global.

So it makes perfectly sense why HMD Global does things the way they do.

kk, 24 Mar 2020ya, it should be coming with about 2.8display n 2/5 front n 8mp rear camera..Since when did an old school feature phone come with an 8mp camera?! These new feature phone reboots are simply for nostalgia. Anyone who expects updated specs and the likes of WhatsApp etc. are seriously missing the point.

MY QUESTION IS- what are the ways one can listen music on it??? I mean can i also stream music on it through YouTube or music apps like Spotify, gaana, saavn etc. BTW It looks great for listening music through dual speakers on a Nokia phone.

Anonymous, 25 Mar 2020u people want smartfones to be simple ... and expect smart features on basicphones.. crazy worldThat's very true! And note that this phone is still classed as a feature phone, not a smart phone. It would seem a lot of people forget these little things when putting their order in for higher ram and better camera specs etc.

i liked my LG GM 220 BRIO, sony w595 sony w395 sony w555. nobody near it as far as music quality goes.... so nokia go through mentioned mobiles and then tell u r think tank to relook nokia 5310 2020, before releasing it.... it is make or break for you....be serious or include me in your think tank process, i will give world best mobile configuration.... people will forget iphone.....

What is meant by 0.2 MP camera??? Does it click something or is for showpiece

I'm using just ordinary phone 5130 music express from 2011 I will lot of calls no time for charging so it will stands of time now I want change 5310 shall I buy???