Last month we saw a couple of images of the Nokia Captain America which revealed the phone's design. It was said to carry the Nokia 5.2 moniker and was expected to be announced at MWC 2020. Well, MWC got cancelled and the phone is yet to go official. But if a new report is to be believed, the Nokia 5.2 will be actually called Nokia 5.3.

The report also states that Nokia 5.3 will be the TA-1234 we heard of in November and support dual SIM. It will sport a 6.55" 18.5:9 display, which from a previously leaked image we know will have a waterdrop notch.

The Nokia 5.3 will be powered by the Snapdragon 660/665 SoC and come with 6GB of RAM and 64GB of storage, priced at $180. The smartphone is expected to have 3GB and 4GB RAM variants as well, which will still have 64GB of storage on board. 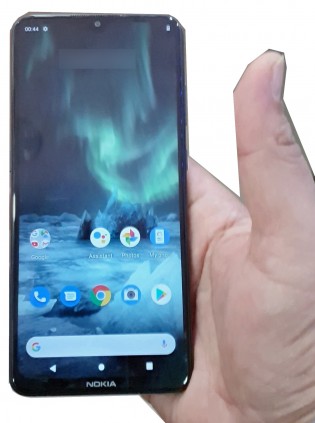 In terms of imaging, the Nokia 5.3 will feature an 8MP selfie shooter along with a quad camera on the back, comprising one 16MP, one 5MP and two 8MP modules.

The Nokia 5.3 will be offered in Charcoal and Cyan colors and pack a 4,000mAh battery.

There's no word from HMD about the Nokia 5.3, but the company is holding an event on March 19 to unveil its first 5G smartphone, and we might see the Nokia 5.3 also go official that day.

No in other words I'm judging it based off a very reliable benchmark.

The hell do you mean by that last sentence. 865 phones don't have outdated software, if anything 660 phones do.

Better than some phones out there with 3000 mAh batteries