Nokia 6.1 Plus and Nokia 5.1 Plus are the global names for Nokia X6 and Nokia X5

HMD Global unveiled Nokia X6 in China back in mid-May, followed by Nokia X5 last month. Both devices followed the latest notch trend, becoming the first Nokia-branded smartphones with the cutout. Today the Finnish company held an event in New Delhi, India, where it announced the devices on the worldwide scene with their global monikers respectively Nokia 6.1 Plus and Nokia 5.1 Plus.

This is not the first time we see this moniker since the phone appeared with the name back in July at the Hong Kong market. This iteration of the phone has 4 GB RAM accompanying the Snapdragon 636 chipset. The CPU has eight Kryo 260 cores, clocked at 1.8 GHz, coupled with Adreno 509 GPU. The phone has 64 gigs of storage and a microSD slot for up to 512 GB.

The Nokia 6.1 Plus comes with 5.8” LCD and Full HD+ resolution. Due to the notch, the ratio of the screen is the ultra-tall 19:9. There is Gorilla Glass 3 on top for protecting the front panel. The dual camera setup is an interesting one - the main shooter is 16 MP with f/2.0 aperture, while the secondary is 5 MP, but unlike other midrangers, this is a monochrome sensor. 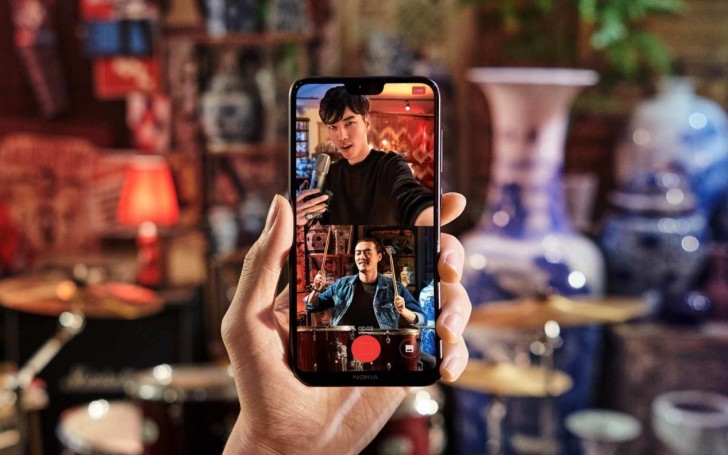 The phone arrives on the Android One program, and as HMD Global representatives promised to GSMArena on multiple occasions, it will have three years of security updates and two years of OS support. The Nokia 6.1 Plus has Android Oreo out of the box but should switch to Pie in the following months.

Available in Black and White, the phone was announced with an INR15,999 price tag. This is equal to $230/€200 but is likely to rise a bit once it arrives in Europe and other major markets since HMD Global has set up manufacturing plants in India to keep the local price down.

The Nokia 5.1 Plus popped up last month, but we finally get to see the phone outside China. It runs on MediaTek Helio P60 chipset with eight CPU cores and Mali-G72 MP3 GPU. The memory combo is pretty basic - 3/32 GB, but this device also sports a microSD for up to 512 GB storage.

The notched screen of the Nokia 5.1 Plus is 5.86” in diagonal with HD+ resolution. The main camera setup is dual with a 13 MP shooter with PDAF and a 5 MP sensor for artificial background blur. The selfie camera is 8MP but has an 80-degree field of view to get all your friends and surroundings in the picture. 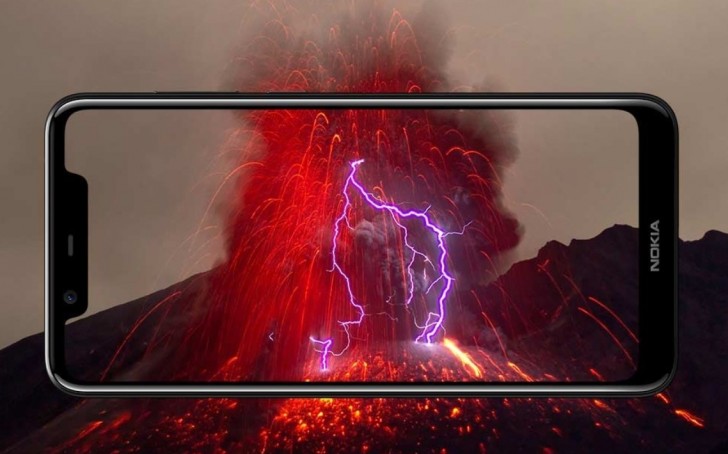 The Nokia 5.1 Plus is also on Android One, meaning along with the updates, users will get free unlimited storage for photos in high resolution. It is available in three colors - Black, Blue, and White, but pricing and availability details will be unveiled in September.

They should keep in mind about battery power to stay in the tuff completion market before launch in the market...

It's written in this GSMArena site in the Nokia 5.1/X5 specs that it comes with plastic frame. Polycarbonate is still in the plastic family. It's just a name of the material that is still plastic. It's like Chips are made out of silicone but a...

Who told you that the 5.1 Plus aka X5 has a plastic body? Just get some information about something before blindly spreading hate... The X5 comes with a glass back and only the sides are made of polycarbonate whereas the sides of X6 is made of metal....