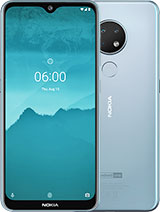 Yes Xiaomi still not officialy available in U.S. yet but Xiaomi already officially available in Asia, Europe, Middle East and Africa so for most people in the world there will be no problem with availbility.
But even in U.S. some other Chinese brands still better option than Nokia phones for example Motorola One Action/Vision if you prefer Android One device or Oneplus 6T/7 for significantly better phones.

FYI the Chinese phones in the video is Xiaomi Mi A1 it's a Android One device that has stock and clean UI.

Hilmawan, 20 Nov 2019If only that's true but the reality is not, for a comparison my old phone Redmi Note 5 just go... moreBut Android ONE should make that impossible! OwO

For all android devices what i have noticed is: if you who have any lagg in your device, you should deactivate any type accesibility service. Even if it can be usefull. I do not know why, but those services cause lagg. Ex of services that can cause lagg: Magnification, color correction.

Hilmawan, 20 Nov 2019If only that's true but the reality is not, for a comparison my old phone Redmi Note 5 just go... moreThe Redmi Note 5 is a local-market, mainland China phone. Does it come in a version that supports US cell carrier frequencies? How about a version that doesn't have Chinese state-sponsored spyware? How about a legal presence in the US so the handset maker can be held accountable? Nokia has a legal presence here in the US, why not Xiaomi?

Abbas, 19 Nov 2019Does any1 know how to connect nokia 6.2 with PC? Even after turning debugging option on, when ... moreHave you tried turning on "Allow USB Debugging" in the developer options menu after enabling it?

Hilmawan, 15 Nov 2019Another Nokia fans who always imagine that Nokia phones are always better than Chinese phones.... moreWhat use is better performance when the phone doesn't connect to your local service provider? How about a corporate presence in North America or the EU so the company can be held accountable if the product catches fire and injures you. How about the amount of bloatware and spyware loaded on these phones?

MartinP, 20 Nov 2019Have bought it ten days ago - so not so long for testing. Touch seems to be sensitive concern... moreAdditional information: Touch problems are possibly not related to protective foil. Touch was frequently inactive too after removing the protective foil when awakened from standby ...

My next guess is FaceID.

I have activated 9-dot pattern unlocking, fingerprint unlocking, and face identification unlocking. Since the latter ist not working relyable I have removed faceID.
Up to now no more missing touch functionality after awakening ..

Adul Al Salami Kebab, 18 Nov 2019Its all about the software, I suspect Google/Nokia have focused to much on security which caus... moreIf only that's true but the reality is not, for a comparison my old phone Redmi Note 5 just got MIUI 11 update although it's still based on Android 9 the security patch was updated to november.
Meanwhile until now (21 November 2019) both Nokia 6.2 and 7.2 is still in the October security patch.

Have bought it ten days ago - so not so long for testing.
Touch seems to be sensitive concerning "tempered glass screen protector".
Activating the phone with attached protector results in missing touch functionality in something like 2 of 3 tries. Anyway doing this with on button on the right side or finger print sensor on the back ...
Actually I have removed the quite thick protector I intended to use ... no touch problems since ...

My decision to order the 6.2 was guided by the fact, that the phone has compass AND NFC AND Full-HD resolution.

It seems to be problematic, to get above three features all covered in the price region of the Nokia 6.2.

Why they changed the body dimension of the great Nokia 6.1 plus? This bulky 75 mm width of Nokia 6.2 is a deal breaker for me.
Nokia is dying, disappointing!

Nokia is dead again and should stop producing phones. These bunch of incompetent ex-Nokia employees should stop hiding behind the Nokia brand name. Their current situation with Foxconn is also not going well. Their top of the line Nokia 9 PureView has also gone though hit n miss situation. The only good phone I have ever used from HMD Global was Nokia 7 Plus. But right now HMD is going though decline, therefore, there is no point opting for their smartphones. Their only compelling feature was Android One software, but what's the point when you are getting overpriced crappy hardware in return. Just don't buy their phones.

Does any1 know how to connect nokia 6.2 with PC? Even after turning debugging option on, when i try to connect the phone to my PC through the cable provided, the phone gives options like file transfer, charging, tethering etc however nothing shows on PC when i click file transfer. Secondly there is another option about control through phone and control through PC but that option sticks to phone and everytime i try to change, it says unable to switch. Help will be greatly appreciated as i cant seem to find anything related on the internet.

Hilmawan, 16 Nov 2019The video shows how Chinese phone form 2017 with lower specifications still perform better tha... moreIts all about the software, I suspect Google/Nokia have focused to much on security which causes slow-downs on these devices... :c

Funny thing is that being a Android one phone their ram management sucks. I own the 2018 model . Another thing is the washed-out display . Overpriced what you're getting

Anonymous, 16 Nov 2019This video shows that specs alone is not the most important thing when comparing phones other ... moreThe video shows how Chinese phone form 2017 with lower specifications still perform better than Nokia phone from 2018.
There are many things that determine which phone is better but the performance of a phone is one of the important things that can determine user satisfaction.

If you just say that you like Nokia i can accept it, but you are trying to give negative comments about Chinese phones to give an excuse for your favorite brand.

Hilmawan, 15 Nov 2019Another Nokia fans who always imagine that Nokia phones are always better than Chinese phones.... moreThis video shows that specs alone is not the most important thing when comparing phones other things like user experience, durability, the phones behaviour when used for a long time etc are important. I wish that people who actually use phones only should post their reviews and not those who just compare specs. Anyway that's my opinion

Anonymous, 15 Nov 2019Excuse me what is that mimi brand u comparing hereSometimes the truth hurts, it must be difficult to be a Nokia fan when they offer subpar and overpriced phones while you keep seeing others mocking your favorite brand but it would be far better if you could accept the reality than live in denial.

Hilmawan, 15 Nov 2019Another Nokia fans who always imagine that Nokia phones are always better than Chinese phones.... moreExcuse me what is that mimi brand u comparing here

Total of 234 user reviews and opinions for Nokia 6.2.
ADVERTISEMENTS