Nokia is steel in top in mobile world, but n0t in smartphone! S40 cheap price but steel good!

what is the page where nokia officially released photography tips/tricks and guidelines for N808 ?

does the nokia store have VLC media player or FLV video player..can anyone respond??

man, this phone feels like a desperate move for nokia..their symbian OS is getting eaten by android and IOS so they make an SLR-phone?to me the idea is kinda silly..for it's price range i'll just get a 2nd hand actual dslr camera..sure it will be a bit pricier, it's a whole lot bigger, harder to carry around, but it will take pictures a whole lot better than some smartphone with a high-end camera.it will be more worth the money to spend on if taking pictures is your main thing.

Come on! Really impressive is N8 and amazing will surely be PW808.. This phone has got everything, for daily use/fun/job/help/basic use, but obviously it is missing some important apps like (updated SoundHound, skype videos, some emulators, serious hd games, and some utilities).
With an effort for the market, and less bad, wrong and dishonest pubblicity, and of course with the Os upgrades they are doing, Symbian would really rock for what it knows/does!
WP7 like it is now sucks, missing a lot of things, and we are talking of the present, not of the future WP8, that would be like talk of Symbian Eva (richer than ever)!!X!!

Amazon just sent me an email saying that it will be delayed further that the 39th on June so I don't know when I'll get it? And the apologised

Nokia belle FP2 is on the way, check this out:

I bought the 808 and come to use it just for 12 days and didn't do any special thing with it apart of add my contact and take 15 pic, then,,,, it's at the service center since 18th I feel sorry for buying it it dosnt worth the money to spend on. Even the camera sonys camera are a way better.
I don't know what shall I do with it?!!

AnonD-49846, 29 Jun 2012Have to disagree with Android having good cameras, they are decent at best. Led can't compete ... moreNokia promises back-up plan if Windows Phone fails

Finns may be preparing for the worse

Nokia has a contingency plan in place should the Windows Phone operating system fail to take off, according to the company's new chairman.
The fate of Microsoft's rapidly-improving OS and the Finnish hardware manufacturer are intrinsically linked to each other as both companies look to gain a foothold in a market dominated by Apple and Google.
Nokia has thrown most of its eggs into the Windows Phone basket, while Microsoft has made it perfectly clear that Nokia is its preferred partner to push flagship devices.
Should all that fall apart though, recently-appointed Nokia chair Risto Siilasmaa told the YLS Uutiset website that plans are afoot to ensure the company's survival.
He was still quick to assure that faith in the success of Windows Phone is still very strong, but it seems Nokia could be preparing for the worst.
What's the back-up plan?

So what could be Nokia's Plan B? It's not a return to Symbian, that's for sure. Siilasmaa admitted that the previously dominant software now has a market share of "close to zero."
Would a Windows Phone failure finally see Nokia leap into the caring arms of Google's Android operating system? Many would argue that had Nokia chosen that path three years ago, then it wouldn't be in a position to worry about its future in the first place.
The company is currently facing up to the prospect that its flagship, and mightily impressive, Lumia 900 device may soon be obsolete due to the lack of an upgrade path to Windows Phone 8.
Tough times in Finland.

AnonD-3367, 29 Jun 2012Thanks for giving me a good laugh. :) Im a marketing management student and i also do event, ... more
One big disadvantage of smartphones, whether android or symbian, is the keyboard. Doing social networking on smartphones requires a lot browsing and typing, cut and paste, etc.

Its a bit difficult to type lengthy promos and event articles on smartphones One thing you can do is buy an external keyboard. If your going to use external keyboard, you'll be carrying TWO gadgets. And if you are avoiding to carry more than 1, forget the keyboard.

Now since you only have a smartphone with you to do such things as promos and event articles, etc., good luck on typing onto the small screen. In other words, it is not sensible to do all the typing on smartphones. Naturally you'd be bringing a tablet or a laptop. These 2 gadgets are better than smartphones when it comes to typing and browsing.

Browsing on smartphones, good. But typing lengthy articles, quite unshrewd. Question: Are you typing all those articles on your smartphone without external keyboard? If you do, you're making me laugh.

camera is the best but the phone like nokia C2-01

If this is the last symbian then this will be the last phone on earth that supports flash(flashlite) as android have ditched the flash support on their os and the flash player app will be removed from google play by aug 15. It remains a mystery how android could not muster enough cores and battery juice to run Flash properly

AnonD-3367, 29 Jun 2012Thanks for giving me a good laugh. :) Im a marketing management student and i also do event, ... more"Going out" means enjoying Nature, being outdoors, traveling etc, not hanging out in clubs with lawyers and bankers. Good for you, but I'm doing everything possible NOT to have a lifestyle like yours, my life is too short and the planet is too beautiful. Things you're seeing are not worth photographing to me. Cheers!

Just came from a vacation and was super excited with 808, it managed to replace all friends point and shot and in some situations their DSLr as in boats yakht ..etc
really this phone has ended the hunt betn. cameraphones and digital cameras all in a small pocket friendly size, also i uploaded lots to flickr and fbook account while on boat and on beach were others with their cams needed to go to their notebooks ...etc

the amount of details and pure pics specially at low light are amazing, the MOST PROMINENT feature it blew the competition was the ZOOM ., 6x in HD and 12x in DVD and 3X in Stills with the ability to post-cropping and zoom !

the loop is ended and the 808 successfully and proudly ended high !

from a super happy 808 owner

Total of 11186 user reviews and opinions for Nokia 808 PureView.
ADVERTISEMENTS 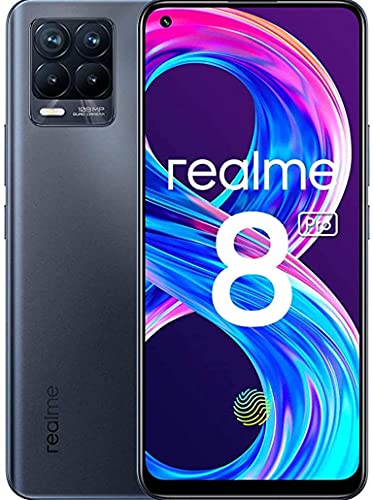