The Technical Image Press Association (TIPA), an association of magazine publishers that deals with photography and imaging, held an event in Cape Town, where it gave away its annual awards. This year two smartphones walked away with a trophy along the usual bunch of DSLRs and accessories. 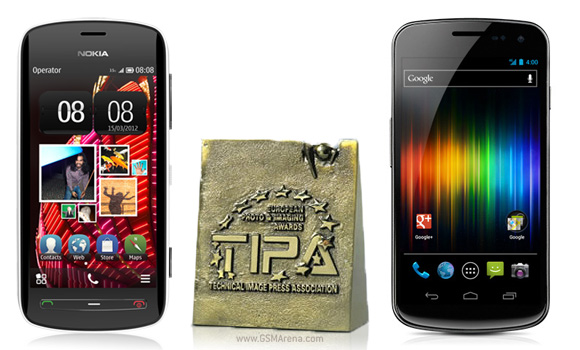 Nokia's PureView technology was awarded the title Best Imaging Innovation. TIPA commended the big (in both size and resolution) image sensor and lossless digital zoom on the first PureView device, the Nokia 808 PureView (which already has another award to its name).

The Best Mobile Imaging Device award, however, goes to another smartphone - the Samsung Galaxy Nexus. TIPA was impressed with the 720p Super AMOLED screen and the zero shutter lag of the Google purebred.

Nokia Conversations notes that the 808 PureView isn't on sale yet, so technically it can't win the Best Mobile Imaging Device. But the Galaxy Nexus with a 5MP camera, really? Maybe the HTC One series (which can do burst shots and snap photos while recording video) came out too late to make the cut, but the Xperia S, Galaxy S II and the iPhone 4S all seem more deserving than the Galaxy Nexus.

n8 is d king of all phones but is a prince of purebreed 808,galaxy and even tab cant be compared to its magnificent images

Ur also clueless,nokia has just begun rising and look at how cocky the fanboys are.everytime 1 bad thing is said about nokia,their fanboys would point fingers to samsung.if you hate samsung so much then please keep quiet (in short STFU).there are man...