Nokia 8 goes on pre-order in Germany and Russia, cheaper than expected [Updated]

Update 2: The handset is now available to pre-order in more European countries, including Poland, Norway, and Switzerland. Pricing is around €608 for the former, and €579 for the latter two (excluding taxes). Update 1: Pre-orders for the device are live in Australia as well. Retailer JB Hi-fi has the phone listed on its website, and is offering it for AUD 899, which currently translates to around $712. 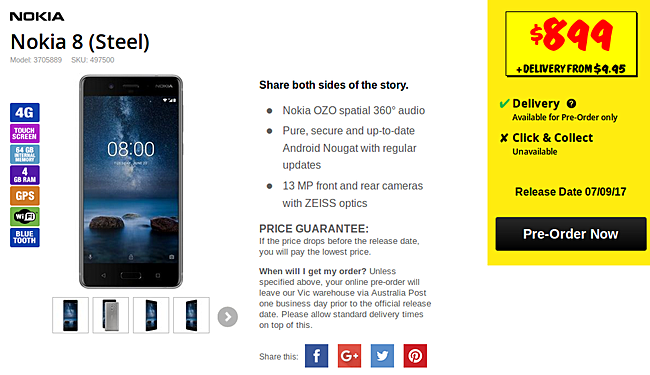 The Nokia 8 finally became official a couple of days ago, following many months of leaks, rumors, and speculation. The handset is already available for pre-order in Germany and Russia, and it's even cheaper than expected.

In Germany, you can pre-order from O2 or Mobilcom Debitel. The former carrier does have an online listing up, unlike the latter. O2 charges €577 for the device sans contract, which is quite a bit under the officially announced €599 level. At Mobilcom Debitel, the phone costs €579, which apparently represents the recommended retail price for Germany. 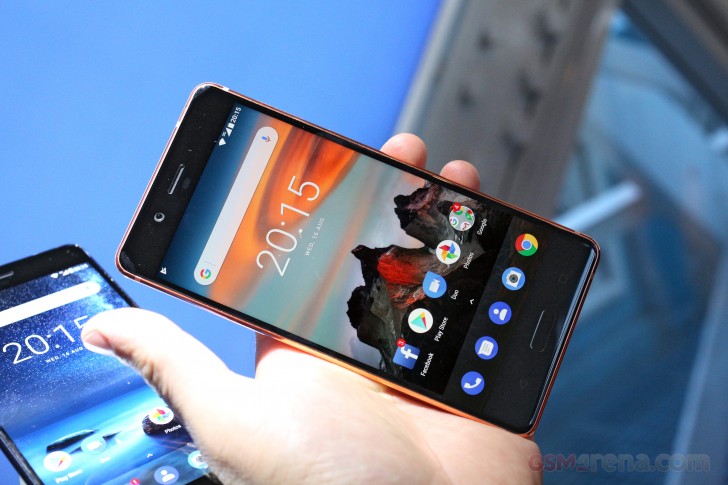 In due course, the Nokia 8 will also be available to order from Telekom, Media Markt, Saturn, and Amazon in the country. If you pre-order from O2 you get a free Nokia Steel smartwatch, worth €129.95.

On the other hand, in Russia you can pre-order a Nokia 8 from Megafon, for a price that approximately translates into €575. It's offered in all four colors: Polished Blue, Tempered Blue, Silver, and Polished Copper.

What? So, trolling never stops. Where do you get your information? From the toilet? Hmd designs Nokia phones under the name of Nokia, foxcon only manufacture the end product. Nokia has a lot of it's hands inside of this devices, ozo audio and carl ze...

Actually, they copy everything, but this is technology, one invests in research and 1000 others copy the results. I do not know if kids this days know a techno dance rock band by the name of "the Prodigy". Their dj. Stopped putting music out so to st...

Ultracrappy? Boy, that phone is still in use, it is still a star. Your comment? Yeah ultracrappy and useless.