You are craving a Nokia flagship, in part due to fond memories of Nokia camera phones of old and HMD’s deal with Zeiss poured more fuel on that fire. We’re yet to get a definitive look at the dual camera of the Nokia 8.

Leakster @evleaks posted a teaser showing two lenses and just a hint of the coveted Zeiss logo. Soon, we should have the full image.

A Nokia 8 teaser (an unofficial one)

A while back, we saw this launchbox that showed a similar arrangement with a fourth "hole" (Laser AF?). There's also an unnamed Nokia in a video that shows a similar dual-camera setup (but without the extra "hole"). The Zeiss logo is missing from both, but that promo video pre-dates the deal and was likely not meant for the public anyway. 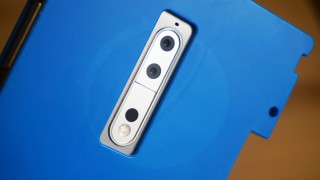 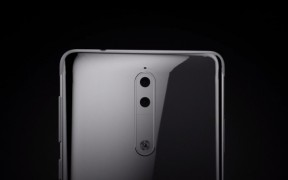 The lens shown on the teaser is just representational. It's an actual Leica M-Mount lens from Zeiss. Check the other images here: https://www.amazon.com/Zeiss-Biogon-Leica-Rangefinder-Cameras/dp/B000MPNJBK . I don't think Nokia will go to f/2.8 unles...

you do realize that Nokia phones used to have Toshiba sensors right. Its one of the few high end flagships that did not rely at all on Sony technology for their high end cameras which also used Carl Zeiss lense which was also not normal. Its what mad...