We recently crowned the Huawei P30 Pro as the most versatile cameraphone around, so it was natural to include some comparison shots between the Nokia 9 and the P30 Pro in this review. We had also an iPhone X lying around, so we included that one, too.

For the purpose of this shootout we've used the processed to taste images from the Nokia 9, as the default output wasn't that good. The images shot with the P30 Pro and iPhone X are the default ones though - no RAWs, no Lightroom involved although those two devices are RAW-capable and we are sure they could do much better if it comes to the same treatment.

Our impression is that the processed images from the Nokia 9 are often superior to the other two in regards to the resolved detail, colors and contrast. Foliage rendering is wonderful as well. The Huawei P30 Pro isn't that far behind and does an amazing job in Auto. Its colors aren't that great but this is easily fixable later if you decide you need those punchier. The iPhone X puts a good fight but while it is the one to get the colors absolutely correct, it's behind the other two in every other aspect. 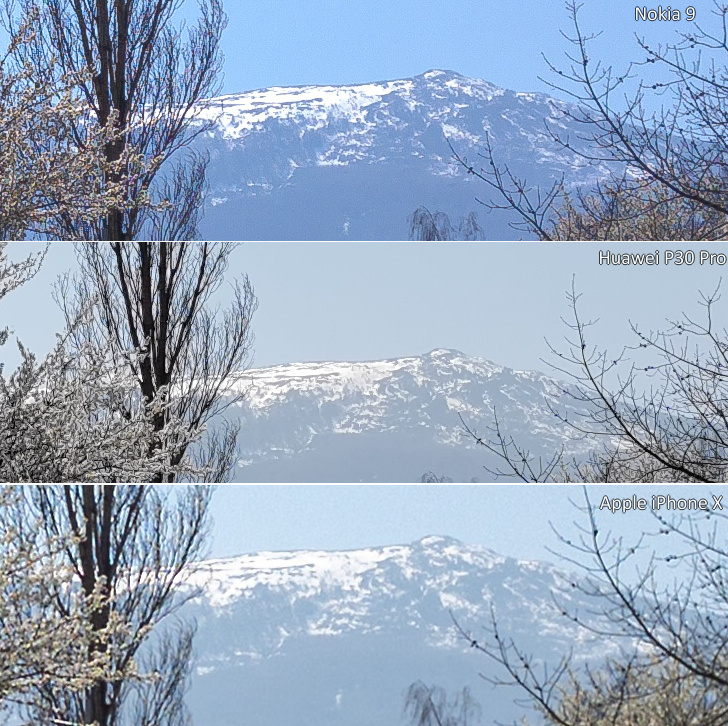 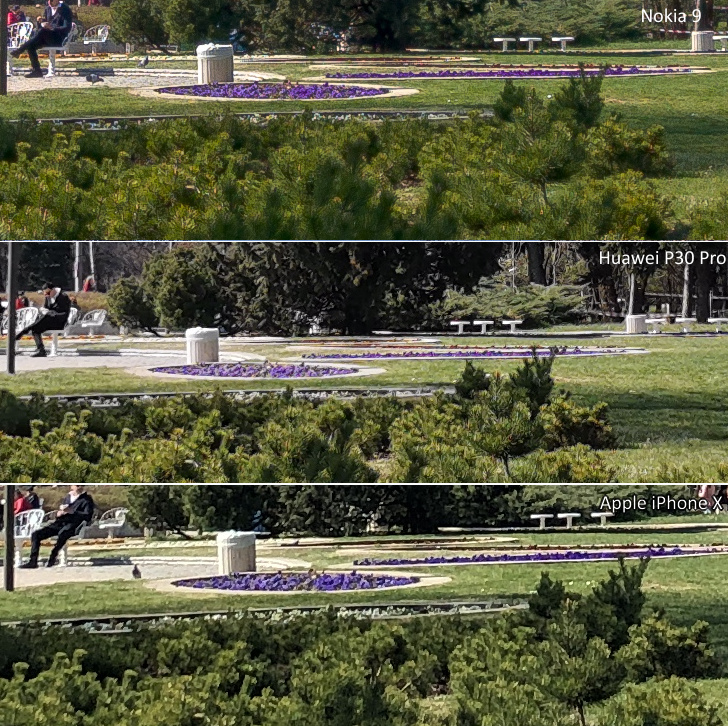 The low-light photos of the Nokia 9 are quite good after some proper editing and they can be a match for the regular ones we got from the Huawei P30 Pro. There is more than enough detail partially because of the less aggressive noise reduction, balanced exposure and the only thing the P30 Pro got better were the colors. 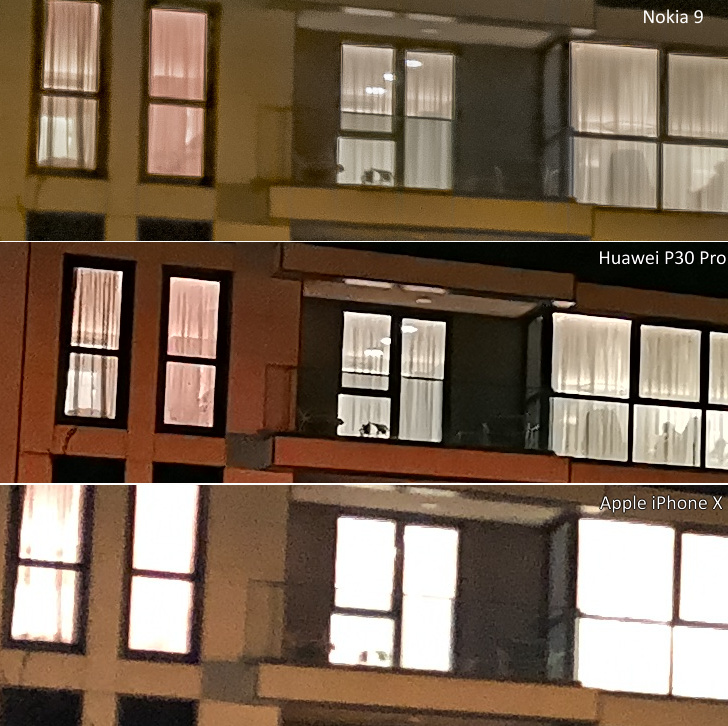 Don't forget to use our integrated photo compare tool - the shortcut is available at the bottom right of each set of samples if you are browsing the desktop version of our website.

Portraits and photos with depth data

Nokia 9 PureView has six cameras but only two are involved when taking portraits - one of the 12MP RGB snappers and the ToF camera. You can't choose the blur strength - but you can later edit it within the Google Photos app.

The subject separation in the portrait shots we took is one of the best we've seen. The resolved detail is excellent, the blurred backgrounds looked nice and it didn't really matter if the subject was close or not. There is also HDR applied across most of the shots without hurting the picture quality. Overall, the Nokia 9 won't disappoint when shooting portraits. They can also be shot in RAW and then further processed by your liking.

Also, thanks to the ToF camera and the detailed depth map it stores within the photo, you can refocus later and apply blur in the background. We tested that and it works just as promised but you need to enable the respective mode before you start shooting.

Nokia 9 12MP photos with depth data, refocused and with blur

The Nokia 9 has a 20MP f/2.0 fixed focus selfie camera. And it does a very good job. The dynamic range is excellent for a selfie shooter often enhanced by the Auto HDR. The colors are good and there is plenty of detail, even if not quite as much as the sensor resolution would make you believe.

The front camera has the same Portrait mode as the main one, but the subject separation is far inferior. You can see ears and hair have gone missing on some of the shots.

While the Nokia 9 packs an impressive number of sensors on its back, they don't really matter when it comes to shooting videos. The PureView uses its main 12MP RGB camera for snapping clips and it maxes out at 4K at 30fps. There are no 60fps options on any resolution, but you can shoot HDR videos if you have the proper display (like the Nokia 9's) to view them.

There is no optical stabilization during video recording. Electronic stabilization is present but only in 1080p and you can't turn it off.

The phone supports OZO audio via its three dedicated mics. The audio shows as stereo captured at 256KBps bitrate. You can choose between Front, Rear, and Surround audio capturing thanks to Nokia's OZO technology and microphones. No matter what you choose, the audio sounds as promised, high-quality, and you experience great surround sound especially if you have 3D headphones.

The 2160p videos are captured at a bitrate of 42Mbps and have rock solid 30fps. The video quality is average though - the resolved detail is enough but barely competitive. The dynamic range is wide, which is great, but the picture is just too soft. On the positive side, the framerate is smooth and steady.

The 1080p videos are shot with a bitrate of 20Mbps and have the same audio bitrate. The video quality in 1080p isn't promising either though. The level of detail is not impressive, the picture is soft, but the clips retain the good dynamic range and colors we observed in the 4K videos.

As we said there is no EIS available for the 4K videos and they will be shaky if you walk. The electronic stabilization works well on the 1080p footage though and this is the mode you should be shooting in if you are on the go.

Finally, you can use our Video Compare Tool to see how the Nokia 9 stacks against others when it comes to video capture. 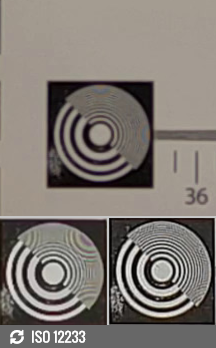 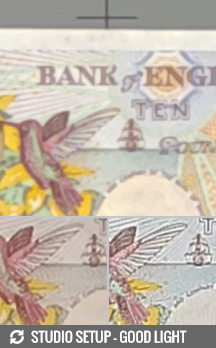 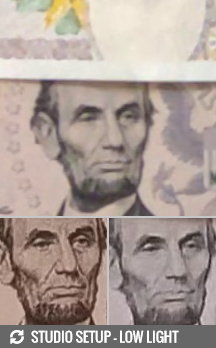