Nokia has announced two new budget phones called the Asha 308 and the Asha 309, their cheapest with a capacitive touchscreen. 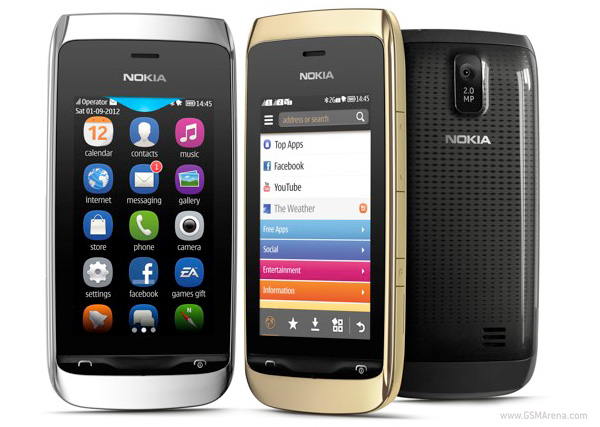 Both are 2G-enabled handsets with a 3.0-inch, WQVGA capacitive touchscreen display, 2 megapixel camera, multiple homescreens, stereo loudspeaker, FM radio and have up to 32GB microSD card support. The phones come with the usual social networking applications, YouTube as well as free 40 games from EA.

The difference between the two is that the Asha 308 is a dual SIM phone whereas the Asha 309 is a single SIM phone with built-in Wi-Fi.

The phones are expected to cost around $99 plus taxes and will start shipping some time in the fourth quarter of this year. You can watch the promo videos for the phones here.

how much that phone?