Nokia C20 gets Bluetooth certified ahead of April 8 expected announcement

HMD Global has scheduled an event on April 8 where it's expected to announce a bunch of new Nokia smartphones, including the Nokia C20 that has just bagged Bluetooth SIG certification. 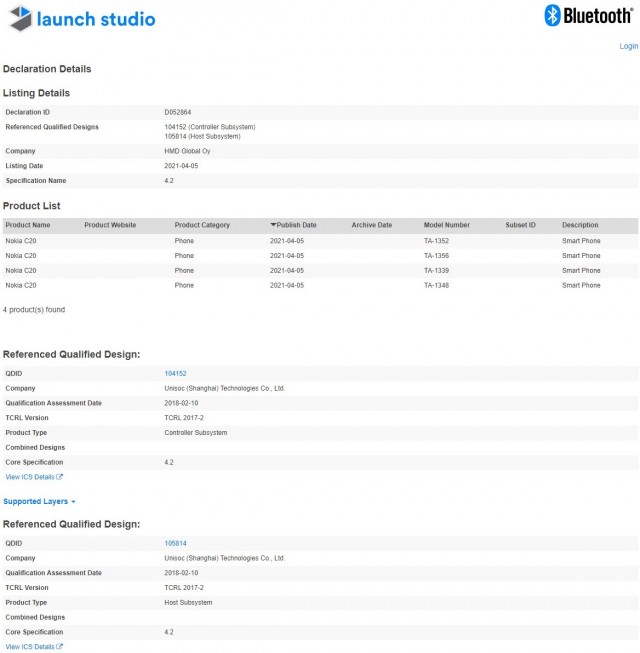 The listing also hints the Nokia C20 will have a Unisoc chipset under the hood, but other than that, it doesn't reveal any additional specifications of the smartphone.

Previous leaks claimed the Nokia C20 base variant with 1GB RAM and 16GB storage onboard will be priced around €90.

Nokia is not your boat made crapware, so yeh the have the right price, now go buy crappware and saa who cares

LOL, another fanatics justify HMD-Nokia 'fantastic' price tag... If u don't live in a cave, u should know that there're MILLIONS sub $100 Android phones with better QC & specs than HMD-Nokia's 3rd rate ODM-made ones... ...