The Nokia C7 has no intention of breaking the chain of command. It is just a slimmer, simpler and more affordable N8 and comes with more conservative styling. The well-balanced Cseries have received an accomplished leader. The specs are impressive but do well to keep a respectful distance from the Nseries’ finest. 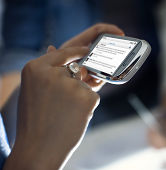 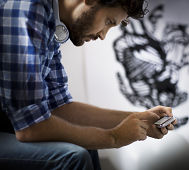 The Nokia C7 still gets really close to the N8 in some ways. It’s got the same blazing fast penta-band 3G, a 3.5” nHD AMOLED capacitive touchscreen, a 680MHz CPU and 256MB RAM, which are some good figures for the efficient Symbian OS.

Understandably, some things have been left out. Getting rid of that bulging camera module has brought down the thickness. But still imaging on the Nokia C7 is down to “just” 8MP and fixed focus. However, 720p video recording is still on – as is Wi-Fi b/g/n and Bluetooth 3.0. The internal memory has been cut in half but 8GB is still plenty, considering there’s a microSD slot if you need to expand.

As always, here are the pros and cons in summarized form and also a quick C7 vs. N8 head-to-head.

The major advantages of the N8 are the camera and HDMI. An 8MP fixed-focus camera isn’t that bad after all and the HD video recording is still there. There’s metal on the Nokia C7 case and regular TV-Out – SD resolution and stereo sound.

Plus it’s slimmer – something people will appreciate. And more importantly it’s cheaper, which was exactly the point.

Nokia C7 in our office

Anyway, the Nokia C7 stands on its own two feet as a touch phone and isn’t just the ginger-haired stepson of the N8. The screen is among the best we’ve seen from Nokia (same as the N8 screen in fact) and the rest of the spec sheet should be music to Nokia fans’ ears.

But is it worth it? Should you save up some more cash and go for the N8 instead? Hold your horses – we’re just at the beginning of the Nokia C7 review.

There are many things to consider – starting with the retail box and hardware on the next page.

At where can I get this phone right now

My phone is not charing ang working. In shop don't remadulation in this phone they told give your kind advice .I want this phone work.