All Symbian fans and users might want to sit down while reading this. According to the Product Marketing Manager for Nokia South Europe Mathias Fiorin, Symbian Carla has been cancelled.

Nokialino, an Italian Nokia fan site, claims to have spoken with Mathias Fiorin, so the infomation should be pretty accurate.

He says Carla is now known as FP1. But it is not just a name change - both upcoming Feature Packs won't bring major updates, HD screens and dual-core CPU support. Basically Belle is the last major Symbian release the world will get. 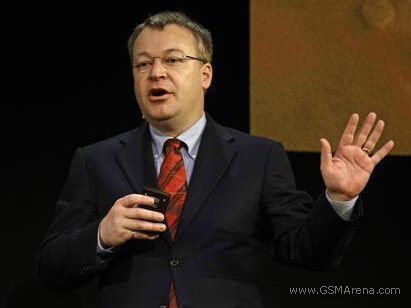 If all of this is true then Symbian is as good as dead. There is no better way to put this – there will be no Carla or Donna. The final update will be Belle’s upcoming Feature Pack 2 and, as you can guess, that will hardly be a game changer.

We have to wait for an official announcement, though it does makes sense – as the Symbian market share diminishes rapidly, Nokia is putting all its efforts into Windows Phone.

nokia looks just like an idiot.they should have released belle instead of ^3.going to WP is another mistake.symbian belle is awesome and can beat the androids under 4.and the symbian in the air service video is even better than android 4.check that o...

I've been using Symbian forever and I think it is a shame that Nokia is wasting their hardware with WP. My four years Nokia 5800 with Symbian can do things that Nokia's "newest" devices based in WP can't. I can share my file through BT and ...