Nokia E7 hits the shelves in Finland, sets you back 599 euro

Nokia officially announced availability information about the flagship E7. Currently, the phone is available for purchase from the Nokia’s Flagship store in Helsinki, Finland and other Nokia flagship stores. 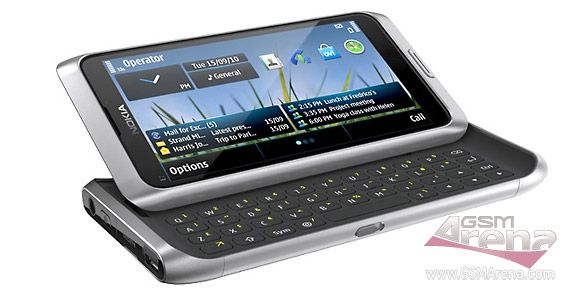 The Nokia E7 packs a 4” ClearBlack AMOLED touchscreen with a QWERTY keyboard running the Symbian^3 OS. Featuring an 8MP snapper with dual-LED flash at the back, the device also holds for you 16 gigabytes of on-board memory.

For now the device is available only in selected stores and should start hitting the shelves of other retailers around 16 February at around €599 for an unlocked SIM version.

Meanwhile, check this video out showing the ideas behind the E7 design.

In truth, this is just the latest of Nokia's bad choices. Not even 2 years ago Nokia came up with what I believe to be the best smartphone of its generation, the N900, with great hardware and great OS for its time. As a matter of fact its cpu was act...

This hardware for EUR 600? fail on fail, Nokia!

To all those Androidians; Look, a phone is a small device, a use for communication. Yet with the more expensive phone, features play a big role, 12MP camera to take shots no cheaper Point&shoot camera can, HD recording for everyone, simple w...