Nokia is done with phones but has new product coming up

Nokia won't be returning to the handset industry - this was confirmed by Nokia CEO Rajeev Suri at a recent analyst meeting in London. He said that Nokia isn't "looking to a direct consumer return to handsets". He did add that Nokia "will return to the consumer world" though.

And the former biggest phonemaker in the world could get its return as soon as tomorrow - Nokia just teased that it has been working on something. It will show it off or talk about it at the Slush 14 startup and entrepreneur meetup that starts tomorrow in Helsinki and is said to gather some 10 thousand people. 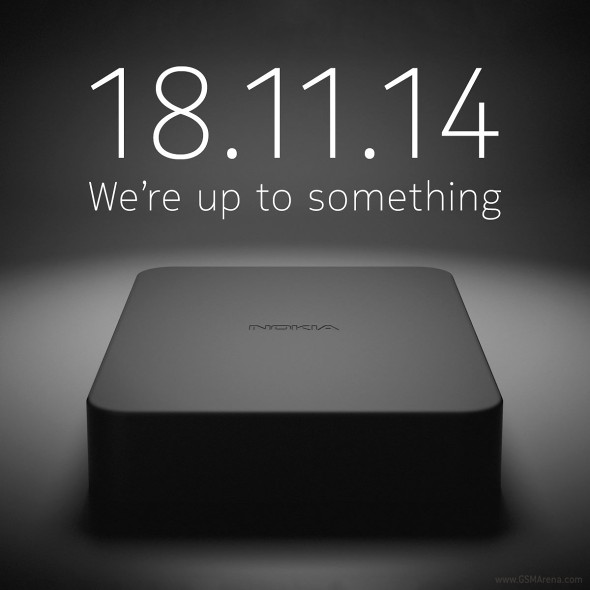 The teaser itself shows a new device but we can only guess what it is - a HTPC, a TV, home automation tech? Hopefully we're going to know all about it tomorrow.

Slush 14 will also be the venue for Finish maker Jolla's "something BIG" event.

It's hard to imagine Nokia not making any smartphones or phones in general but we'd wager a guess that it's not all over for the company, despite what its CEO reassures us of now. CEOs change and so do plans in the tech world and Nokia is only forbidden to make Nokia phones until December 31 of 2015.

For now Nokia will focus on its Networking, Technologies and Here maps divisions and whatever it has in store for us tomorrow.

Hat tip to Phani for sending this in!

another company copying the apple tv I assume? Amazon fire made that attempt, plenty of 3rd party developers also failed when it comes to replicating the apple t.v Hopefully not. Always respected Nokia. My first 4 phones were a nokia.