Nokia is selling Qt commercial licensing and services to Digia

Symbian developers will probably want to sit down for this. In a deal that would go through by the end of the month, Nokia will sell the Qt commercial licensing to another Finnish company, Digia, but says that they will continue to invest in the platform.

Qt is available under both a commercial and an open-source licenses and is a key component of cross-platform development for mobile platforms (Symbian and MeeGo especially) but also for the desktop (Windows, Linux, whatnot).

Nokia will focus on open-source development and expansion of the platform but Digia will take over the commercial licensing and services and around 3500 customer companies will be transferred to Digia. 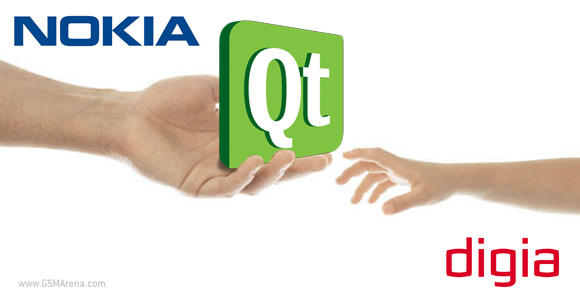 The deal shouldn't affect developers of open-source software that uses Qt and Digia is a "recognized Qt innovator" who will be looking to improve the functionality and support. For more info, check out the Qt Blog, which has an interesting write-up on why the Digia deal is a good thing.

Still, after Nokia dropped Symbian/MeeGo as its primary platforms in favor of Windows Phone 7, devs can't be too happy about the deal. They should be able to continue their work as usual, but Symbian/MeeGo is really starting to play second fiddle to Nokia's interests.

i dont know y all u guyz hate nokia and ms deal its sort of good....u will be able to get win7 based mobiles for a economical price than htc or samsung secondly ..... all u windows 7 mobile OS Haters..... please first use the os dont post ur comm...

They did something even better: They bought Nokia without actually buying it. This way they reap all the benefits for their core industry while staying away from the problems. Benefits: having a platform for a mobile OS, shoving down develo...

I don't see how you can single Nokia out to be any worse than any other manufacturer TBH.