The Nokia 808 PureView finally has a worthy successor - the Nokia Lumia 1020 is the culmination of Nokia's continuous efforts to redefine smartphone photography. The company was the first to launch a massive 41MP image sensor, do optical stabilization in a phone and use high-dynamic range mics and the Lumia 1020 has it all under one roof.

Let's go back in time. The Finns put proper zoom on a camera in the distant 2006 - the old N93 had 3x optical zoom. Years later the 808 PureView came around and did 3x lossless zoom without the complex optics. It did this with its huge (for a phone) 1/1.2" sensor. It also brought high-quality stereo sound capture by adding HAAC mics. 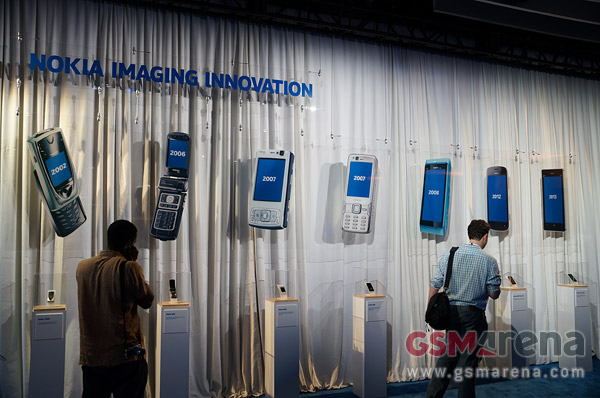 A trip down memory lane

Those crusty Symbians gave way to the Windows Phone 8-powered Lumia 920, which was the first phone with optical image stabilization. The OIS offers huge advantages for low-light photography, but the sensor was small and of relatively low 8.7MP resolution. There was no xenon flash either.

The Nokia Lumia 1020 makes them all proud - it has the big sensor (even if, at 1/1.5", it's slightly smaller than the one inside the 808 PureView) the OIS and a proper flash, all garnished with a modern-looking smartphone OS. Here's the gist.

Microsoft and Nokia have been putting a great deal of effort to help Windows Phone mount a serious challenge to Android and iOS and make the smartphone game a three-horse race. And hero devices like the Lumia 1020 is what can really draw in the crowds, as they are getting stuff that's not available elsewhere.

While we wish the Lumia 1020 came out sooner, we're glad it's here and we are going to waste no time getting to know it better. The event is now over but we're working on a hands-on video, which we'll post later on.

The only Windows Phone worth getting. Great hardware. Wish it came with Android.

Fantabulous I never seen before this type mobile amazing .