Nokia Lumia 1020 for AT&T emerges in a press image 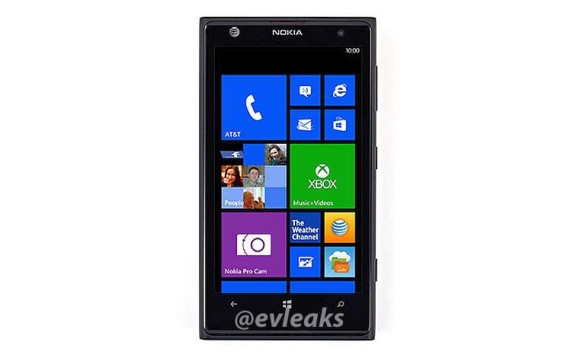 The leaked press image of the smartphone reveals its front, covered in AT&T branding. As you probably know by now, the upcoming Nokia Lumia flagship has already emerged in a number of live photos, as well as video footage.

Another juicy bit which the press render revealed is the Nokia Pro Cam app. Never before seen, the application is certain to be an exciting partner to the handset's 41 megapixel camera.

The Nokia Lumia 1020 will break cover next week, on July 11 in New York City. We will be covering live from the spot, so be sure to tune in for the full scoop on the device.

All these phones r too simillar...that one can identify only by thr back...and camera placemnt....

Nokia is king agin.i prey to good.nokia wp is batter in any other phone.