The Photos hub is the place where you can browse through the photos taken with the Lumia 620. The idea of a hub is that it is a central place where apps can integrate and add functionality. For example, photo effects provided by a particular app can be accessed from here, if that functionality has been enabled by the app developer.

Nokia is pushing its own music service called Mix Radio ahead of the default Music + Video app. It offers free music streaming (it works out of the box) and has an extensive library of tracks.

But Mix Radio competes with services like Pandora too - you can give it a list of artists you like and it will automatically build a playlist to your taste. Nokia takes pride in real people creating the mixes (including celebrity-made mixes) instead of computer algorithms. It even has an equalizer with Dolby enhancements.

5MP camera with many features

The camera interface remains what we're used to from the new WP8 UI, with the inclusion of a few extras from Nokia. You have your viewfinder and some controls on the right. From top to bottom they are the still/video camera toggle, front/back camera toggle, flash mode setting and the Lens button. On the left you have an arrow that takes you to the images taken with the camera, alternatively you can do a swipe gesture too.

Nokia has preloaded the Smart Shoot lens, which uses Scalado technology to remove unwanted elements from your photos. It snaps several photos, and then lets you pick different facial expressions if you're shooting a group of people, or even erase someone if they happen to walk through your shots.

It's too early to be passing final verdicts on the Lumia 620 image quality, but given the kind of bad weather we've been having around the office recently, it did pretty well. We'll be able to share more when we get to spend more time with the smartphone. 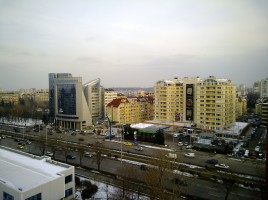 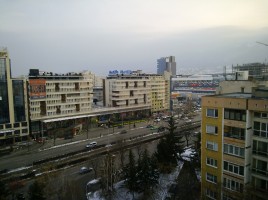