Nokia Lumia 625 leaks in full ahead of its launch

Nokia teased a big announcement earlier today, that is expected to happen tomorrow morning. As luck would have it, we didn't even have to wait the whole long day to find out as the star of the show just leaked. The WP8 Lumia 625 smartphone photos and full specs sheet appeared and the color of the smartphone perfectly matches the teaser image. 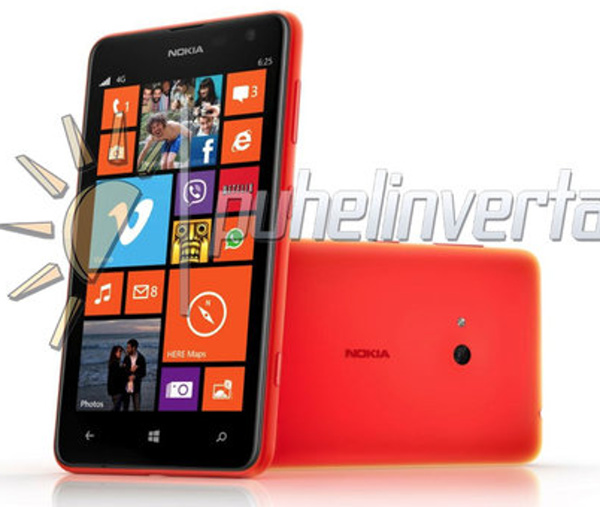 Update: press images of the Nokia Lumia 625 made the rounds on the web as well. The photos showcase the smartphone in five different colors. 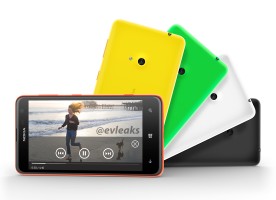 The Nokia Lumia 625 sports a 4.7-inch LCD display with a resolution of 800 x 480 pixels and a density of 201ppi. The screen is protected by a layer of Corning Gorilla Glass 2 and features super sensitive touch technology, which allows you to operate it using nails and gloves.

At the back of Nokia Lumia 625 is a 5 megapixel camera with LED flash, which is capable of shooting 1080p videos at 30fps. The camera comes with the cool Cinemagraph, Panorama, Smart Camera lens apps preinstalled.

The connectivity options for the mid-range Lumia 625 include dual-band Wi-Fi 802.11 b/g/n, GPS and GLONASS support as well as Bluetooth 4.0. The smartphone also supports a wide range of networks including quad-band GSM/GPRS/EDGE, HSPA and even LTE.

Nokia Lumia 625 will be powered by Windows Phone 8 and has a 2,000mAh battery. According to Nokia, the smartphone lasts up to 23 days on stand by and provides talk time up to 23.9 hours. The battery is said to provide enough juice for video play back up to 6.8 hours and music playback time up to 90 hours.

We will know more about the pricing and the availability details of the Lumia 625, when the smartphone gets officially announced tomorrow.

There are long because they are our quotes. Try and read them. It might shed light on the whole situation.

Followed by you saying this in reply to me simply stating that most problems they spoken of can be found with any device and that there is no such thing as perfection. "FANBOY!!!can you link me a comment section where any other major company h...

That's when I said "Thank you for proving you are a lying troll. You made that comment out of anger, because I called you out for bashing. You know yourself you made that up because you saw the exact opposite. You were right when that troll...