The Nokia Lumia 800 might be just about to get a few new color versions. Nokia France confirmed in an interview with MonWindowsPhone.com that they are now considering the new colors that will be added to the range.

And while nothing has been settled yet, we got a few photos showing the possible choices. The first image shows the white version, which is probably the most obvious choice of all. After all, Nokia N9 already got a shiny white dress and it uses the same non-painted polycarbonate unibody as the Lumia 800.

We are not sure if the red version, shown alongside the white one in the first image is new, or if it's the pink version that's already official and the camera just got its white balance wrong. Judging by the second image, the second option seems more likely. 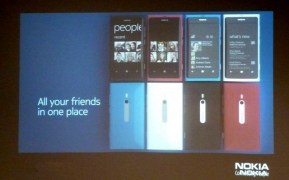 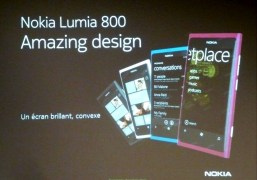 According to the source we should be seeing the new color versions (or at least one of them) in the first quarter of 2012.

Tempted in getting a Lumia 800 in one of the new colors? Or are they too flashy for your taste?

There is hope yet for Nokia. They did a very good job of the new WM mango . Great Nokia add ons and also a great screen and Camera. Very friendly OS and many, many pluses for Nokia to build on. Some of them is font size for the Email and SMS. All sai...