News of an upcoming Nokia device that will allegedly be called Lumia 825 has surfaced. The device will be the first Nokia smartphone to feature a display larger than 5 inches.

The smartphone is set to feature a quad-core processor, clocked at 1.2 GHz and of the midrange variety. This coincides with earlier leaked specs of a quad-core WP8 device we heard back in June. 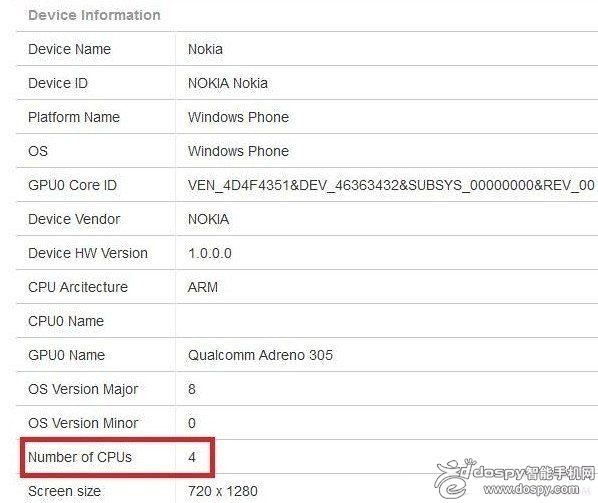 The quad-core 1.2GHz Snapdragon 400 won't exactly be a powerhouse, so it's likely the large-screened device is targeted at the lower midrange market.

The Lumia 825 is rumored to come with a resolution of 720p. Even if Windows Phone 8 GDR3 update will enable 1080p screens, the mid-ranger has slim chances of qualifying for such a display.

There are hints of an October smartphone release from Nokia which could be the Lumia 825. We'll keep you posted as we learn more.

please release 825 as soon as posibble

what a price lumia825

the specs would probably be like that of Lumia 820, but with upgraded features. That's a mere possibility though.