Nokia Lumia 900 for AT&T review: Going all in

Armed with a multimillion dollar marketing budget and even more ambition, the LTE packing Nokia Lumia 900 has hit the shelves in the United States. The smartphone is aiming for a piece of the high-end smartphone cake, currently enjoyed by Apple's iPhone and the hordes of Android smartphones.

Launched with much fanfare during this year's CES in Las Vegas, the AT&T exclusive Nokia Lumia 900 is a pivotal step for the Finnish manufacturer's return to relevance in the high-end smartphone segment where the real money is. Just go and ask Apple, Samsung, HTC, and the likes. 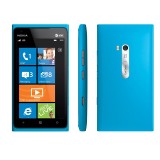 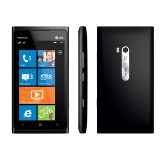 And it is not only Nokia, who have a lot of hope for the Lumia 900. Microsoft is also on the band wagon. The software giant has been looking for a flagship device to showcase its Windows Phone platform. Heck, even AT&T hopes for the smartphone to live up to its marketing hype, and bring memories of the good old days when the iPhone was exclusive to the carrier.

As far as looks go, the newcomer is very much a stretched Nokia Lumia 800. The specs of the Lumia 900 are similar too. There are however a couple of important additions to them such as LTE connectivity, a front-facing camera, and a bigger screen. Here goes the full list.

The specifications of the Nokia Lumia 900 are downright generic, thanks to Microsoft's strict hardware requirements for the Windows Phone OS. Therefore, the design and build quality of the smartphone are left with the serous task of making a lasting impression. We'll tell you all about both on the next page.

Editorial: You might notice that this review is shorter than usual and doesn't include all of our proprietary tests. The reason is it has been prepared and written far away from our office and test lab. The Nokia Lumia 900 for AT&T is a US-only phone and it will be a while before it gets to the shores of the Old Continent. Still, we think we've captured the essence of the phone in the same precise, informative and detailed way that's become our trademark. Enjoy the good read!

Nokia Lumia 900 for AT&T review: Going all in - Reader comments

I have one left in the house for the past three yrs and wanted to use it now but its not coming on when placed on charge. No sign from power from both phone and charger as I connect and place the phone on charger. cant even remember the face on the c...

I don't think so Lumnia battery is better than 4s look at this Gsmarena very own battery test. http://blog.gsmarena.com/nokia-lumia-900-att-battery-life-test-is-completed-results-inside/ Everyone have their own preference there is no right ...

what about the "traditional loudspeaker test" ?