Nokia Lumia 928 is a Verizon-exclusive version of the popular Lumia 920 that upgrades the camera department with an additional xenon flash. 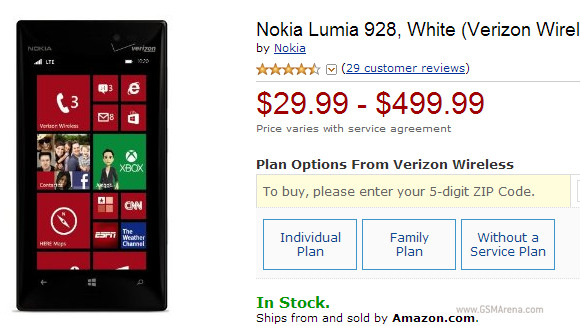 Amazon is now offering Nokia Lumia 928 for just $29.99 with a two-year Verizon contract. The contract-free price is still $499.99, though. There is no information on whether this is a limited time offer or a permanent price decrease.

Nokia is the best in which no other one can test, "Samsung is moving ahead though" however Nokia should make a Android phone along with windows built in or just create a Android Nokia and name it Nokia Dynasty or Moonlight. "just a sug...

nokia is good but too expensive (naira)