Announced back in April and available for pre-order in multiples stores across Europe, the Nokia Lumia 930 will go on sale this week. It has a Recommended Retail Price of $600 – that's €450 / £350 – before taxes and subsidies. 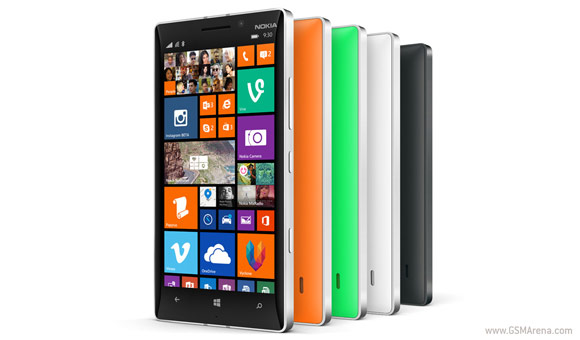 The new Windows Phone flagship will arrive in Europe, Asia and the Middle East this week and will expand to other regions "over the coming weeks". Strangely, despite announcing the RRP in US dollars, the Lumia 930 will not be available in the US, at least no recent launch has been planned.

It's already available in the US in a way, the Lumia Icon is Verizon's version and has been in stores since February. But this is bad news if you were holding out for an AT&T or T-Mobile version.

The Lumia 930 by Microsoft is the new camera flagship with a 20MP camera with Carl Zeiss lens and optical image stabilization. It has a 5" 1080p AMOLED display with ClearBlack tech and Gorilla Glass 3, plus a Snapdragon 800 chipset and 32GB of non-expandable storage.

this phone is just awesome! specially its performance! I have a galaxy S4 but I wanna change it to a 930! S4 performance is week. believe it or not, android is too heavy.

the design is pure Lumia. Superb design.. I love wp.. smooth, efficient and not a bugdroid!

I don't know about my 1020, but am pretty much sure t930 will recieve the wp9 update. In the same time though, all win phone 8 device should be able to handle the 9 System just cause they Support the same kernel.