Nokia N8 in focus: An interview with Damian Dinning

It seems there's more to Nokia N8 camera than what meets the eye on the marketing materials. That's why we turned to a seasoned professional over at Nokia to tell us a little bit more about the technical aspects of Nokia N8 imaging and video capabilities. 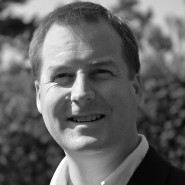 Some of you have probably heard of Damian Dinning (pictured right). As Senior Manager at Solutions Planning he has played a key role in projects developing the imaging experience and the camera/video quality for high-end products such as the Nokia N95, Nokia N73, Nokia N82, Nokia N86 8MP, among others, and currently he's using his expertise in the making and fine tuning of Nokia N8 camera.

Along with all that Damian is also a wonderful interviewee and you'll see there's a lot you can learn about the N8 and cameraphones in general from him.

We don't normally do interviews but Nokia N8 is easily one of the most interesting devices this year and it currently tops our popularity charts scoring record high interest from our readers.

But getting back to the business at hand, here's the full transcript of our interview with Damian. We hope you'll enjoy it as much as we did.

GSMArena: Damian, our team has always had a soft spot for capable cameraphones so we'd love to learn some more technical details about the N8 camera. Nokia N8 marketing materials are staking a lot on the large sensor size so let's start with that. We've been trying to guess the exact size, but it would be nice to hear it from you as an official source.

GSMArena: Nokia N8 makes use of a wide angle lens (28mm in its case) much like the Nokia N86 8MP. It's superior for group shots and landscapes but not so good for portraits due to the characteristic geometric distortion of this type of lens. Any particular reason to go for the wide angle lens instead of a regular 35mm one?

D. Dinning: When we were originally developing the camera module for the Nokia N86 8MP our aim was to create something which would be more suited to spontaneous, 24/7, modern photography. Given the wide range of environments these devices are used, it was our belief that the wide-angle capabilities of a 28mm lens would provide greater creativity but also greater convenience. Furthermore, there are a few additional benefits when using wide-angle lenses. For example, greater depth of field. We take full advantage of this when recording HD video.

With reference to distortion, geometrically speaking, distortion is extremely low. Generally speaking telephoto lenses are preferred over wide-angle lenses for providing extreme close-up portraits not just because of the perspective but also for allowing you to shoot further away from your subject. In this regard whilst perhaps not to quite the same degree 35mm suffers similar constraints to 28mm. When shooting at normal shooting distances with the low geometric distortion we believe it's still possible to take natural shots of people.

GSMArena: The xenon flash on the Nokia N8 should make it an equally capable shooter in the dark. While the sensor size obviously can match those of dedicated digital cameras, what about the xenon flash range and performance? Can you quote the flash guide number for us?

D. Dinning: As with any product we have to balance numerous different aspects based on many other influencing factors. A dedicated digital camera has the luxury of many more cubic centimetres than a mobile manufacturer has to play with. We have to squeeze into less space than dedicated cameras many more components e.g. antennas, mass memory, larger displays, larger loudspeakers, more connectivity options, larger battery, GPS, BT to name just a few. Each and every component gets scrutinized down to fractions of mm, often down to hundredths of a mm when creating the most competitive product we can.

Capacitors in a mobile are relatively huge compared to many other components. We're still optimizing the low light performance right now so I can't give quote specific claims of subject distance at this stage but I can say that the flash power is roughly comparable to that provided by the Nokia N82 despite this new flash module being approximately 30% smaller than the module used in the Nokia N82. Having said this I do expect the usable flash range to be greater than that of the Nokia N82 thanks mainly to advances in the sensor sensitivity over recent years.

GSMArena: One of the most frequent user regrets that we see in our comments section is that the Nokia N8 lacks any sort of protective lens cover. Any words on that? Why didn't the design team stick one there and make everybody happy?

D. Dinning: This is a very important point that we have taken very seriously. With the Nokia N8, we need to balance the capability of the entire product, not just the camera but also the size and design. Adding a lens cover, whether it be manual or automatic would have increased the size of the raised area around the camera, especially with regard to thickness) There would also have been an impact to the foot print of that area as there are other components in that area. Such as, flash capacitor, loudspeaker and one of the stereo digital microphones. The cover glass itself is multi-coated and is heavily scratch resistance. It passes Nokia's tumble test and other associated durability tests which you and your readers may have seen in the past.

Furthermore, there are more and more applications becoming available which use the main camera, such as Facebook and augmented reality applications. These allow the camera to be launched from the application itself. However, a manual design would not allow this. You would need to separately open the lens cover. An automatic lens cover would overcome that issue but such mechanisms thus far have required larger foot prints.

GSMArena: You had variable aperture going on the Nokia N86 8MP, but you've dropped that one for the Nokia N8. Any particular reason?

GSMArena: Are you implying the Nokia N8 sensor uses some improved technology for a better sensitivity?

D. Dinning: Sensor vendors are generally improving the sensitivity from one generation to another. In the case of the Nokia N8 we used this to maintain the same/better light sensitivity measured.

What this means in practice is that you get the same or better signal to noise ratio at a given light level with the new and the Nokia N8 compared to the Nokia N86 8MP despite the smaller aperture.

D. Dinning: Yes there is a mechanical shutter. It's required for any product which uses xenon flash. It also eliminates movement distortion effects in still photographs.

GSMArena: We were wondering how the Nokia N8 high ISO performance compares with the other mobile phones or dedicated digital cameras (samples will be appreciated). And while we're on it, what's the maximum ISO setting on the N8's camera?

D. Dinning: As mentioned earlier we're still optimizing the camera performance and therefore samples for low light other than those already published via Nokia Conversations are not yet available. The sensor provides support for ISO settings up to ISO 1200. However, we are currently evaluating this and many others settings and so the actual ISO range we use could change in the final SW as well as how we use that range.

GSMArena: Much like noise, narrower dynamic range is another compromise that small sensor cameras have to make. Do you have any impressions on how the Nokia N8 dynamic range compares with the other mobile phones or dedicated digital cameras? Again, we would appreciate samples.

D. Dinning: There's a 'natural' dynamic range enabled by the sensor itself. Of course there are many different digital image processing techniques which can be used to help increase the visible dynamic range. However, these often lead to an increase in noise. There are many other aspects which can affect visible noise. In fact just about anything you do to the output from the sensor is effectively a gain control of some kind and therefore will result in some kind of increase in noise. So again it comes back to how we balance all of these parameters in the final software. I'm hoping of course that what we settle on will please as many people as we can.

I'd like to explain a little more in regard to noise our handling of it and our reasons behind the improved optics and large sensor.

As said whenever you play with the output from the sensor you'll end up increasing noise. The combination of the new optics and large sensor gave us the best platform we've ever had to develop from.

Early on we were seeing some pretty incredibly detailed images and we therefore knew the optics had potential. The specs prove this too as the theoretical performance of the optics is pretty close to 12mp. Often the system resolution is way below the actual and a 12mp camera (even dedicated digital cameras) may only provide in practice say 5mp resolution.

I can't say what we'll end up with as we continue to optimise the performance we may see this figure reduce, but the point is that we have lots of resolving power to start with. Those original images whilst looked incredibly sharp suffered from what I see in many broadly comparable products and that's being over processed. The result is something that looks ok but not natural. We wanted to retain as much natural detail as possible but we also still wanted to provide vibrant colours which are true to your mind's eye but without the over processed look.

You can artificially create perceived sharpness but you can't create detail that wasn't there to start with. It's an important difference. Having the high resolving power of the Carl Zeiss optics coupled to the low noise provided by the large sensor has given us more to play with than before.

The result we're aiming for is the best balance of all of these. We could optimise for just one, e.g. to provide lower noise than ever before but then we'll have to compromise a little on the colour or we'll compromise the inherent detail. In other words, great colour but which is still natural, high detail without sharpening artefacts but still with relatively low noise.

A further example of the benefit of the Carl Zeiss optics and large sensor is in video. Because we have great resolving power to start with we don't need to have high levels of edge enhancement. And as we don't have high levels of noise we're able to record video without any noise reduction whatsoever in daylight conditions. The result is high detail in video but without any noise. It looks really great.

GSMArena: Macro shooting is important to many users. Can you quote a minimum focusing distance on the Nokia N8 macro capabilities?

D. Dinning: Sure, it's approximately 10cm-60cm in the close-up scene mode, otherwise as close as around 20-30cm in auto mode depending on the scene/subject characteristics.

what is focal length of nokia n8 camera? what is the field of view? what are lens materials? what is the image sensor? please send the details

and u obviously deserve a report

stfu!! The result already an0unced n0kia n8 is the winner.just xcept the truth even it really pain n hurt.