The long wait isn't over yet - new info says the Nokia N8 will start shipping in late September, at least for those who pre-ordered. In the mean time, the Nokia E7 popped up, reportedly going official as soon as next week.

The Nokia N8 has been on a handful of sites for pre-order, each site citing a different launch date. Some of those dates flew through with no N8 in sight, other dates are always a couple of weeks ahead. 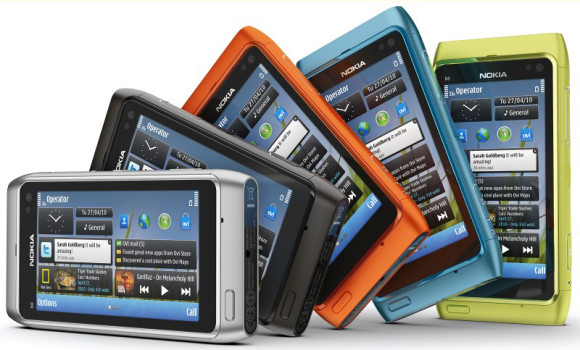 The end just might be in sight though - a Finnish site spoke to Nokia's Senior Communications Manager who said that Nokia N8 pre-orders will shipping September 30. He also said that the N8 will cost 499 euros - since we've seen different prices for different countries, that shipping date might be for Finland only.

Still, the Nokia World event is fast approaching (it's on September 14 and 15) - there Nokia is expected to unveil the Nokia E7. The E7 is a Symbian^3 phone with a slide out QWERTY and got leaked a few times, with speculation that it's the Nokia N9.

Well, it's not the N9, but the specs still seem quite impressive - a 4" touchscreen (probably nHD), 3G, Wi-Fi, 8MP camera with dual LED flash and an HDMI port. If these specs pan out, the Nokia E7 should sit somewhere between the Nokia C7 (which has a smaller screen and no QWERTY) and the Nokia N9 (which touts an aluminum body and MeeGo). The Nokia E7 specs are unconfirmed, but that should change next week.

This is not the old symbian. This is Symbian^3 and it's brand new and much improved. People also seem to forget that Symbian is a very low energy using OS, which means your phone will last longer than one day withouth recharge, unlike your typic...

it's not the os that makes the beauty of UI, it depends on the choice of manufacturers, I just showed the possibilities of each os in different environments.

Yes but with Symbian = nightmare