Following the official announcement that Nokia N900 starts shipping in Europe last week, Nokia today went ahead and confirmed Nokia N900 availability in the USA starting from today. The N900 is not getting a subsidized deal with some of the major carriers but it will instead be sold independently SIM-free.

As our specs testify, the Nokia N900 comes with full quad-band GSM support and 1700/2100/900 UMTS/HSDPA support no matter what region it's targeted at. So, you should be getting 3G connection with T-Mobile USA, but only EDGE with AT&T. 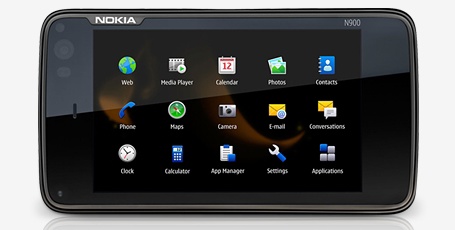 The Nokia N900 is already shipping to users who pre-ordered the popular device. For the rest of you, Nokia N900 should be available quite soon in New York and Chicago Nokia Flagship stores, nokiausa.com and various independent retailers and e-tailers including Amazon.com for a price around 649 US dollars.

Got letter? Why / how did Blackberry "has been" using USB port all these years along with Moto? And wasn't the almighty brand being the one who struggled through mini-SD/MMC/RsMMC for YEARS before it settled with micro-SD....after x years when ...

Yeah, 3.5mm jack and (charging) by USB....I wonder when Motorola released such features back in 2006 with its E2, what was the almighty brand doing? Last I heard from my friend's 5800 still does NOT support CHARGING by USB...