Nokia N96 starts shipping, it was about time already if not even too late

The highly anticipated Nokia N96 was announced back in February 2008 when it looked all shiny and high tech. However, now seven months later when it finally starts its way to the stores, it's no longer deemed worthy of the hype. In addition the hefty price tag certainly makes it sound like a raw deal. 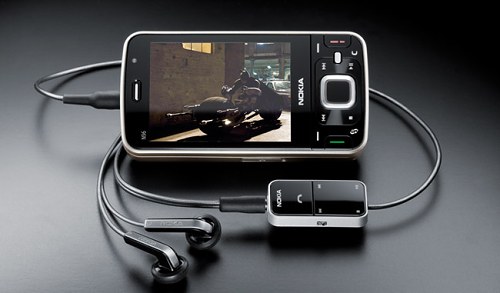 Following on the N81 design, which we can't say we like, the Nokia N96 is packed with many modern technology goodies but doesn't seem to be as cutting edge as a portfolio flagship should be.

The only feature that sets it apart from the competition is probably the DVB-H digital TV tuner - a thing that doesn't seem to attract too much attention from the fans worldwide.

But time will tell, as we like to say. The first shipments of the Nokia N96 have already started and it will be available with an estimated retail price of EUR 550 before taxes and subsidies.

err..how do i say this..i'm studying at one of middle east country,jordan.so i need information about when will be nokia n96 arrived there..i mean middle east area..i really wanna have this phone..plese tell me.....i cudnt wait any longer..plz sumbod...