Less than 8 hours before the start of the Nokia Connection event in Singapore, a batch of images of the rumored Nokia N9 just surfaced. 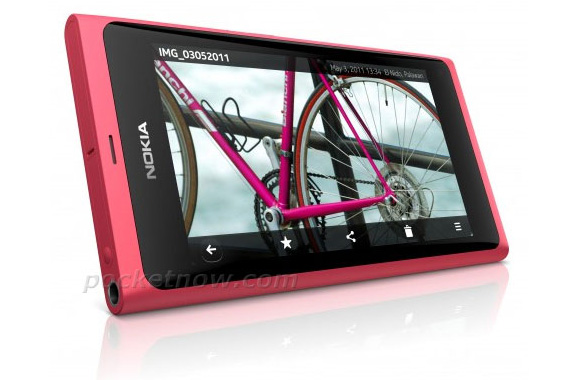 The renders look fantastic and if they are to be trusted, the N9 will in fact pack a candybar form factor, as opposed to the previously rumored QWERTY slider. According to various sources, the Nokia N9 renders come from Nokia themselves and look very close to the final product.

Update: Engadget has snooped live photos of the device, which may or may not be called the N9-01. The Lankku codename is confirmed though. 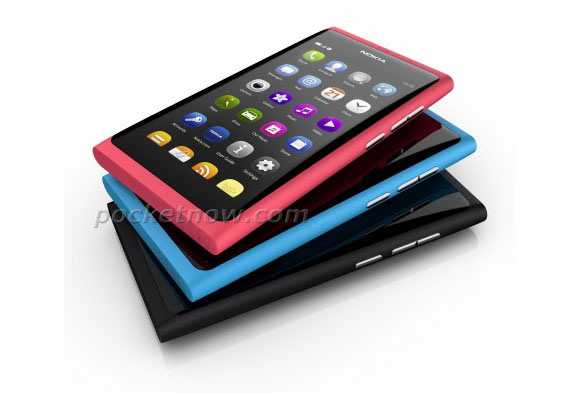 If you take a closer look, you'll notice that the glass of the screen is slightly curved outwards. Zoom in on the top right corner of the N9 on first image and you should see outlines of the front-facing camera.

This overlaps with earlier prototype N9 renders that we've seen but dismissed as fake. It's an odd place to put a camera in, but if it's true, we are sure Nokia will have some sort of an explanation.

The Nokia N9 is said to be running MeeGo and the icons look very much like those on the latest Symbian Anna. Other alleged key specifications include a 4-inch FWVGA capacitive touchscreen, sporting a resolution of 854x480 pixels, 64GB of storage, HDMI-out and a MicroSIM card slot, which we are not really sure about.

Of course, the main piece of the Nokia N9 is the camera. Recent prototype images have suggested 8MP auto-focus camera with dual LED flash on the back, though we tend to believe Nokia will go with the more advanced 12MP sensor with 28mm wide-angle Carl Zeiss lens.

Most of this is not yet confirmed, but we'll surely get the facts and figures of the Nokia N9 in less than eight hours straight from the horse's mouth at tomorrow's Nokia's Connection event.

I love how it says sexy

Well done nokia, very few mobile phone from nokia looks really classy. and this is one of tham. http://www.gogappa.com/pages/Corporate-Gifts/pgid-58369.aspx