Nokia's Android budget phone codenamed Normandy has leaked yet again. This time around we found the phone listed on the biggest Vietnamese online retailer's website. 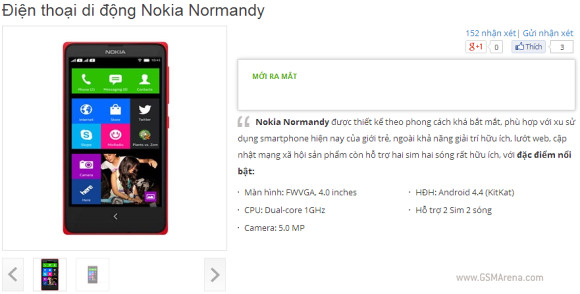 The retailer also claims the phone will support all Google services, but we can't be sure until Normandy goes official. Unfortunately, despite this being an official retailer, we got no pricing info or release date for the upcoming smartphone.

Meanwhile, @evleaks has delivered yet another rumor for the Normandy - he claims the phone's official name will be Nokia X. With each passing leak the the chances that Normandy actually materializes are increasing. Looking forward to it?

Does it has flash?