Nokia puts up an official teaser page for the Lumia 928

The Lumia event Nokia has planned for May 14 is drawing near and the indications that the Nokia Lumia 928 will be the star of the show are growing stronger. We saw rogue billboard, print magazine ads and now a teaser page on Nokia’s own site.

The billboard touted the low-light shooting capabilities of the Lumia 928 and so did the print magazine. Both use different product shots and the print ad even went into some detail – PureView Optical Image Stabilization and Carl Zeiss lens are behind the Lumia 928’s abilities. 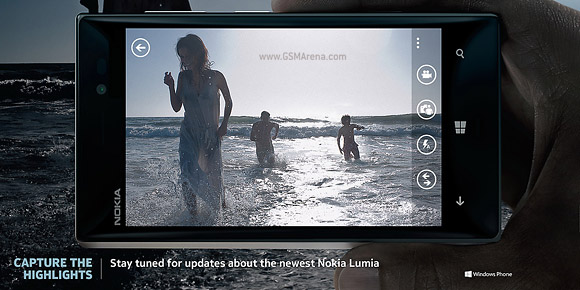 The teaser page on the Nokia website uses the same image of the front of the Lumia 928 but lacks the "even in low-light" tag-line of the print ad, instead telling us to stay tuned for updates.

Nokia execs including CEO Stephen Elop talked about a "hero device" launching exclusively to a US carrier, giving more credence to the rumors that the Lumia 928 will be exclusive to Verizon (the Verizon logo was on the billboard).

-Nokia plz add this feature to lumia phones. It Will be osm .Smart Stay eye tracking

Nokia is any day better Dan any other smartphone, no one can beat Nokia regarding its after sale service, camera , battery, network reception and durability...... regarding its platform, if u find difficulties in using windows, u knw d least about s...

not strange at all, i've seen the different edges before on a Nokia i once owned many many moons ago... the Nokia 7610!!!!