Nokia teasers all but promise Nokia X for the MWC

Nokia just put out a pirate map on its Weibo account and it leads to treasure  not gold perhaps, but maybe a Nokia X A110 and hopefully even more.

The first image the company posted features a monkey on a tree and a monkey on the ground. The accompanying text points to the number of monkeys  is that Nokia's way of saying there will be two devices at the MWC? It could also be the Nokia X and its dual-SIM version. 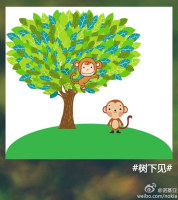 Two monkeys, one higher up

The second image shows a tree with a DNA helix for roots. The green X can't have escaped your attention if you've been following the recent leaks. The tree motif does link up with Nokia's first invite. 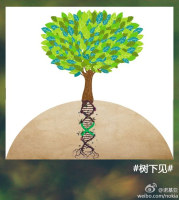 And finally, the pirate map. There's another green X (negative space between the arrows) but the map itself doesnt tell us much. The text in the post does  February 24, 15:30 (that's 8:30am local time in Barcelona, Spain). 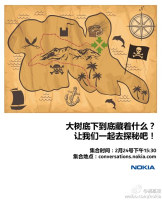 So, it's settled then  the Nokia X A110 will be unveiled in less than a week at the MWC. Just check out the countdown at Nokia Conversations  recognize the arrows?

thats the beauty of it... No Scroogle is always good... Wish Nokia buys Miniclip and includes in Ovi Store

It'd be nice if it had a variation with a hardware keyboard. It would be fantastic, actually. We gotta keep hanging in there..!