Nokia to give free E7 and WP7 phones to its developers

Nokia made one of the biggest announcements of the tech year by teaming up with Microsoft and their Windows Phone 7 software. It seems many of Nokia's developers didn't end up happy about the change. But they will get a free E7 and a branded WP7 device (when it becomes available), to play with. 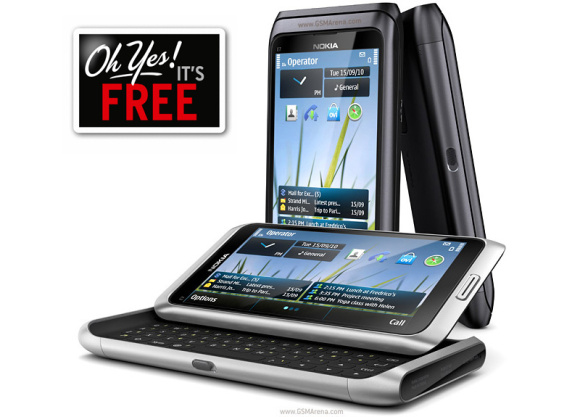 And that's not all - Nokia also promises to cover the registration costs for the Nokia World/Developer Summit and give out free (again!) tech support on all Nokia technologies for three months. It seems that the Finns are really keen on pleasing its developer base.

Symbian^3 devices are sure to hang around for awhile at least, so there's really not that big of a deal. Current developers should have enough work even without the implementation of Windows Phone 7.

thank you for giving a nice solution.but i have gotten a better solution in other site.this site below Nokia’s decision to switch from Symbian to Windows Phone 7 might not have been met with glee from many developers, but the company looks to be ad...

Ridiculous comment wp7 is a way better Os then android and already has a faster adoption rate then sndroid. It seems fanboyism is not reserved to consoles and teenage boys. Never underestimate MS and joining with the biggest and best handset manufact...