Nokia to announce a new device on August 28

Coming from Russia we get a glimpse of what is an invite to a Nokia event slated for August 28 in Russia's capital Moscow. 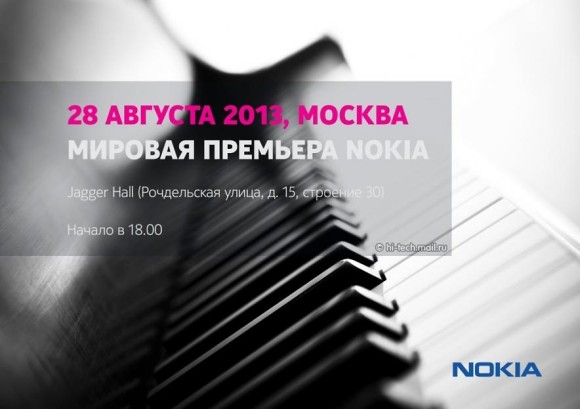 The invite has "World premiere" written on it and is framed in front of piano keys, which sadly doesn't give much of a hint as to what the star of the show will be.

Nokia is rumored to have a tablet running Windows RT on the way. There's also talk of a FullHD phablet device, which was allegedly spotted but it's unlikely we'll see such devices before Microsoft unleashes the GDR3 update to WP, which will allow 1080p support.

So it's anyone's guess what, Nokia has up its sleeve for this event. We hope the leak teams around the web manage to drop us a few hints over the next few days.

Where is the news..?