We all know that Nokia is the king of entry level devices, and it seems they're keen on retaining that title as their upcoming press conference at MWC will supposedly reveal several new midrange WP-powered devices, alongside the new Lumia 610 and the worldwide version of the Lumia 900. 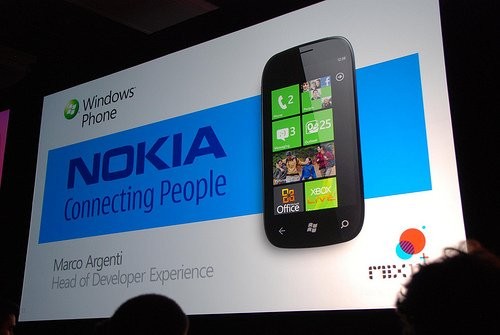 This also comes alongside news that Nokia has become the largest Windows Phone manufacturer, beating out HTC. This is truly an impressive achievement, considering Nokia has only been selling Windows Phone since the start of Q4 2011.

The Nokia/Microsoft partnership would to the casual observer sound like two behemoths dominating a significant piece of the global smartphone market, but in case you're one of the few that need to be reminded, WP and Symbian combined accounted for less than 14% of global smartphone sales in 2011.

The Nokia press conference at MWC is coming up fast, so we expect to find out exactly which devices Nokia plans to unveil very shortly.

Don't you know that NFC is just a pair-up technology? The actual thing working behind NFC is Bluetooth which enables 2 devices to transmit and receive data.

People who bitch about windows phones not having bluetooth file transfer are either uninformed or just dumb trolls, Im guessing the latter.. Windows supports NFC and that is the future technology that will replace bluetooth. Stop making bluetooth as ...

In compare with N8 and WP7 indeed is abyssal no point of compare here...Nokia got the right track on WP7