Nokia to use 7.1 Mango for its first WP smartphones as launch nears

Nokia has confirmed that it will be using the just announced 7.1 Mango release of the Windows Phone OS for its first smartphones to carry the platform. What’s more Microsoft confirmed that there are already Nokia Windows Phone smartphones in their labs so it’s starting to look more and more probable that those will hit the shelves before 2011 has ended.

Previously Nokia announced that it aims to bring its first Windows Phone devices this year, but made no promises about it. Well, judging by those statements things are obviously going pretty well at Espoo and development is progressing according to plan. 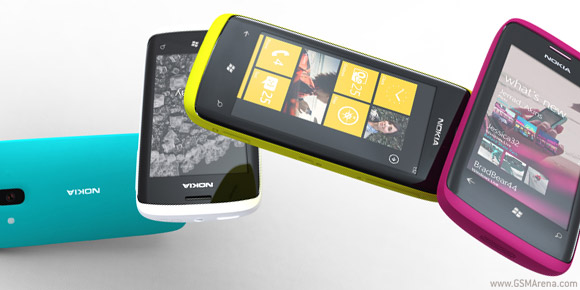 You see, with Microsoft so keen about their Windows Phone mobile OS, we will almost certainly witness another update for it coming in late 2011 or early 2012 at the latest. After all the copy-paste bringing NoDo update was only released in March and two months later we are already on the next major release, Mango. Plus if working prototypes are already sent to Microsoft, Nokia has obviously scored some significant progress.

The important bit to take home from those announcements is the fact that Nokia will be releasing more than one device to start its Windows Phone journey. The company will probably stick to its usual strategy, trying to give a little something for every taste.

We’ll have to wait for a few more months to see how this one unfolds, but at least we know there’s something to look forward to.

q : Is it possible to have this operating system IN MY NOKIA N8 ?

Is it impossible that Nokia deal with Android?